Is the Nikon Coolpix L340 good enough to sell on PhotoDune?

Hi everyone! I’d like to start getting into photography, not for common social media purposes and selfies, but to improve my skills. Obviously, as I improve, I’d like to start selling on PhotoDune, but I need to purchase a quality (HD) camera first. What are the things I should really look out for in a camera for a beginner like me? I’d like to handle a high-quality camera with good features that can serve both beginners and professionals as well, because I don’t want to buy two cameras yet (one as I’m learning, and another one when I’m advanced).

Would you recommend this camera for me, or is there something better or more beneficial for that price (less than $200)? Let me know what you guys recommend!

What kind of photos you’re planning to take? For example, my opinion, if you’re going to use the Nikon in the studio, it’s OK but if you are willing to take some photos outside as motion photos, you should consider Canon instead.

Most of the time, the cameras are pretty much the same but the important part is the lenses. I believe it comes with classic 35mm and you won’t be able to use it after a while. Considering the Canon lenses are more common (in most of the countries) so you could find good second hand as well.

Speaking of second hand, if you’re willing to learn how to take photos, it’s always suggested to use second hand camera to save money.

On the other hand, it doesn’t mean that you will take good photos even if you pay thousands of dollars, it’s up to you and your skills. Think about it as a long term investment and don’t expect anything at least in a year. There’re lots of people outside who claims they are photographer with really good cameras but I know few girls who’s able to take better photos with their iPhones compared to them (not talking about selfies)

You make a really good point. Which Canon camera exactly would you suggest?

Depends on your budget but the most important thing is if the camera is clean and working without any problem.

Okay, I’m looking to spend around $200 maximum for now. Here’s what I’m thinking of getting right now:

Any advanced feedback for me?

These two not even close to each other. One of is professional, the other is not. You can decide which one is which

Neither are professional. The Nikon is what’s known as a ‘bridge’ camera… kind of half way between a point and shoot and a DSLR. That’s more to do with the form factor, layout and some of the features though. The two main things that set a DSLR apart from standard cameras is a large image sensor and interchangeable lenses. The Nikon has neither of those, so you probably wouldn’t notice much difference between the Nikon and the Sony when it comes to quality and useability.

If you can get a second hand Canon 700D then you could do much worse. Good for video as well.

If you can get a second hand Canon 700D then you could do much worse. Good for video as well.

You mean “much better”?

No, much worse! In that, there are lots of cameras you could go for that would be worse than the 700D. Or is it a 600D… I forget. The first one with the swively screen.

I get you, man. But looks like with my current very-restricted budget and beginner level, I’ll need to settle with the Nikon COOLPIX L840 or something at that price that’s better (if you know any).

You should be able to get a used Canon Rebel (or similar) on Ebay for around $200. It will be an older model but it will get you started with a decent DSLR camera. That’s really what you want if you’re interested in getting more professional in the future

Great idea, I indeed want to be professional in the future. But there’s one issue; I’ve looked around and Ebay doesn’t seem to ship to Ghana. Some people have told me I’d need a US address, and then from there the package would be forwarded to my Ghanaian address, but I’m not sure… Moreover, I don’t have any US address to ship my purchase to in the first place. On Amazon, the newer Canon Rebel is out of my budget; but would you recommend this older model for me? 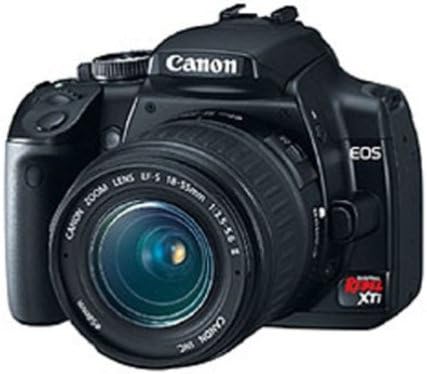 Canon EOS Digital Rebel XTi offers an unbeatable combination of performance, ease-of-use and value. It has a newly designed 10.1-megapixel CMOS sensor plus a host of new features including a 2.5-inch ...

Ahh yes shipping. That always sucks. I have that exact camera, so I would say it’s a great introduction to semi-pro

It has no video, but you probably don’t need that anyway if you have a mobile phone.

And how’s the image quality? Better than most 2014-15 smartphones? Or do photos with not-so-great lightening tend to look really amateurish?

A decent DSLR will always win over a smartphone. That Canon model struggles a bit more than the newer models in low-light conditions, but with skill and better lenses you can still capture some great shots.

While I’m far from being a professional, most of the images in my portfolio were taken with that camera.

You, sir, have just convinced me. Thanks!!

Check out the Nikon D5200 comes with standard lense 18-55 . i bought a sigma 18-250 lense off ebay . pretty bad ass.
not too expensive . camera and sigma about 500. wanted to get some pictures off my dog before he died and i always noticed the best shots were when he was far away from me , thats why i bought the sigma. great for zooming. ive got very very impressive pictures of him now, caputured his personality perfectly. so i can vouch for the Nikon D5200 and sigma lense, the sigma can attach to cannon or nikon

ps: if £200 is all you got, i would wait till you can afford something little bit better, like the above

Looks very good! I’m on a budget now and going above $200 (not 200 pounds) is an issue right now for me. And like I said, I’m a beginner, so I don’t want to go for something too nice that I won’t be able to take full advantage of during the first year or so that I use it. Because by the time I become semi-pro or pro, I’m sure I’ll be able to aim for something higher. So I want to start with something small, like the Canon Rebel and then move to something a bit more complex afterward. Really appreciate the review though!!