Our future vs broadcast use in Elements

We, the mole people out of Elements, has little or nothing to contribute in this discussion. Our opinions and thoughts are always discreted when not directely ignored.

This markets are no longer a part of the ecosystem, except as a slide into Elements. When that’s over, they’ll pull out the plug. Count on that.

That said, the exclusion of broadcast licenses from Elements is for many of us the only thing we have left to pay a bill every couple of months. Let alone making a living, those days are long gone. The only way I can think of to add broadcast rights to subscription is to charge it separately with a fixed (and reasonably high) price, so it remains fair to us, the non-invited. I must say I can’t find a huge difference between that and how things are right now.

Anyway, it’s interesting to bring this to the table. I’m still running behind my PRO registration… god I’m lazy.

Anyway, it’s interesting to bring this to the table. I’m still running behind my PRO registration… god I’m lazy.

Following this thread, I had stop everything to make a whole registration week. I want to have done with all of this aha

Please you must sort out your PRO - It is so worth it. Thanks to Steve (@criskcracker) who helped me back in January when one of my tracks was used in a UK terrestrial TV broadcast and was unclaimed.

Hahaha, that’s what I needed to hear. Starting the process right away. I’ll open a different topic once the registration is more advanced and keep you guys posted.

Good luck on the process

Ok, so not to bother here anymore with an off-topic here I shared the beginning of my jourey joining a PRO. First obstacle: how to get a SSN or ITIN…

And off we go…

Sorry about the off-topics, @RedOctopus!

Sorry about the off-topics, @RedOctopus!

Actually I am very happy that this discussion has motivated you guys to register your tracks in PRO. Definitely a good move.

This is the main reason of such discussions about our future. We learn from each other and share our thoughts and experience.

I apologise if my tone in this post is somewhat heavy-handed, but I feel really strongly about this topic and the responsibility that us authors need to bear for the market that we work within. None of this is a personal attack @RedOctopus and I mean no disrespect. I know your intentions are always positive and looking for ways to improve things.

The last time Envato announced this there was a sufficient backlash to overturn their decision, but I can’t see that happening if they decide to revisit it. I just think most authors have likely given up fighting to be heard since there’s not much left of the Audio Jungle carcass for carrion eaters to fight for.

I suppose broadcast sync licensing is the only lucrative avenue left for serious professional musicians working outside of the mainstream music industry. Offering up music at rock-bottom prices within this market space will only continue the trend of making music composing unviable as an occupation. In the short term, it might help out some struggling authors who are, ironically, actually experiencing the harsh reality of the extensive devaluation of the marketplace; but rock-bottom prices are never the answer and in the long run, that will only delay the inevitable. There was a fair-sized pie, with enough eating for anyone who was prepared to work hard. Tier-less, unlimited subscription music libraries cut themselves off a slice and then threw the rest of the pie in the bin and now everyone is hungry! There really needs to be some regulatory organisation to stop this implosion. This kind of recklessness just wouldn’t happen in any other industry.

Please don’t give up the sync fee. For unionised musicians working in the broadcast space, there are set fees that have been negotiated fiercely. To circumvent the fee entirely is just… well, [insert expletive of your choice.]

As I see it, platforms like EE have pillaged the online sync music market and now they’re chomping at the heels of the broadcast market. It can only end up making everyone poorer.

Everyone does what they need to do to survive, I get that. But when surviving means killing everyone else off, there is something fundamentally wrong and we need to ask ourselves, what are we really doing here? 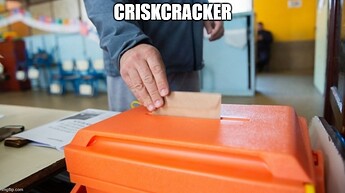 Hi. There is an explanation at the bottom of my first post. I quote it here for your convenience.

Specializing only in music delivered to online media is a bad idea because:

a) sync licensing prices are falling down
b) tv/cinema/radio PRO royalties are growing
c) internet-related royalties are dynamically growing but it will take many years until they reach stable long-term level
d) in the future the biggest online services which allow to create and post audio-video content will have their own decent and free databases (e.g. Youtube, Canva, Adobe, Facebook, Instagram, TikTok and others have it already). This means that regular content creators will prefere to use a free in-the-box quickly and automatically adjusted content in their services instead of buying tracks in the 3rd party servies. In other words there will be a crazy number of free tracks to use in the online media in the near future. Specializing only in the online music use is a dead end imho.

Maybe it is a good idea for small players. Not for authors from Envato.

A very important thing to also realise is that broadcasters/ program makers have often exclusive deals with publishers/ production music labels and libraries. These deals are also based on the fact that all this music is governed by PROs.
What will happen if a library will open the gates, also with a substantial amount of non-pro music? I believe that in the long run the broadcasters, program makers will say to the PROs: You know what? 80% (example) of our music is NON-pro so we’re going to pay less.
Result: the PRO money for everyone goes down. Not only then is the money upfront gone but at the back end as well.

We have already seen examples of this with some US TV Channels trying to buy-out composers.

I think independent publishing houses and major high quality broadcast libraries are there for a reason. They are in it together with the composers for the back-end royalties. That’s how this royalty stream is conserved.

I believe that in the long run the broadcasters, program makers will say to the PROs: You know what? 80% (example) of our music is NON-pro so we’re going to pay less.

It is interesting: who and how, and on what grounds will determine the professionalism of music? And who will give them such a right? If the music is registered in the BMI for example?)

You kidding? You really think company who spent thousands for making video cant pay $$$ for broadcast license? Allowing EE to use music for broadcast purposes is THE end of all.

As soon as Elements allows broadcast use of items then it really is over for authors. Only yesterday I had a tv and film license sale so there are budgets for music and it would be a scandal if broadcast use of music was simply given away.

Did you experience a significant drop in Broadcast license sales since the introduction of EE?
And do you think it is a coincidence?

I lost the count of how many times I’ve seen my items on Tv…a couple of years ago I saw one of my templates in the first commercial right after the Champion’s League final…can you imagine how expensive that 30-sec slot was?
Cool stuff is, they had to buy standard license for the video but a broadcasting license for the audio…wtf?

In such case stock video/template makers do not have satisfying compansation from PROs.

You’re absolutely right.
Videos licenses have been exploited since always, and there are no royalties nor monetization whatsoever.
You can buy any template and air it on TV, and we are paid back with coins made of frustration.
I would at least expect some kind of broadcast licenses for videos but…not in this life!

Try your hand at creating audio for your projects - you might surprise yourself!

It didn’t use to exist on AJ either. We had to fight hard and long to get this. Which is why it’s deeply concerning to see this model come under attack.