Music Mass Production License - Does It Include Creating an OST CD for a Video Game?

I’m releasing a collector’s edition of a video game that includes AudioJungle songs that I have the Music Mass Production License for, and would like to include an OST disc in the box that has those same songs on it. Does anyone know if this would count as a separate end product instead of an allowed variation?

Here’s the license for reference: 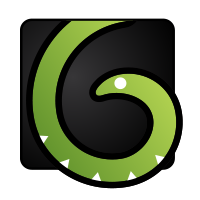 Thanks for your help!

Unfortunately, the license terms prohibits such uses. The music must be part of something greater in scope, like your game is. However, providing the music as is for listening purposes on a disc would break that clause.

Thanks for the response! I’m now working on tallying up how much it’ll be to get a new license for each track.

I think you may have misunderstood me. There is no license that allows for using the music as stand alone. The very concept of a soundtrack disk, with the music used as is for listening purposes, is explicitly prohibited. No matter which license.

Ah I see what you mean. Alrighty, thanks!