##This contest is now over! See the winning track in our latest video and check out our featured collection of inspirational music!

I released a video this week on the Envato YouTube channel featuring an awesome track on AudioJungle called Future Bass by Vlad_INSIDE. It was made to promote some of the awesome entries we’ve received so far for a video contest we’re currently running. You can see the video below:

I’m going to create another video after the contest has ended to create a compilation of some of the best entries and winners. What I’d love however, is if you could nominate one of your best (or favorite), most appropriate tracks for the next video.

Simply take a look through all the entries so far in the official Photo Animator contest thread, think about what piece of music would work well with a video we create from the entries, then share a link to your track right here in this thread. The track can be fast or slow, electronic or orchestral, or anything and everything in-between! Be very selective however; choose your best, most appropriate track as you’re only allowed one nomination per author/person. If you’re NOT an AudioJungle author, no problem, you can still enter! Simply find and nominate the perfect track, but be sure to only nominate once, please.

Ideally, the track will need to be a minimum of 2 minutes in length, but no problem if it’s a little under.

The track I select from the nominations will win a brand new, totally official, never-seen-before, AudioJungle T-shirt! Here’s a general idea what it will look like (but the collar will be more like a regular T-shirt). Ghetto blaster not included! 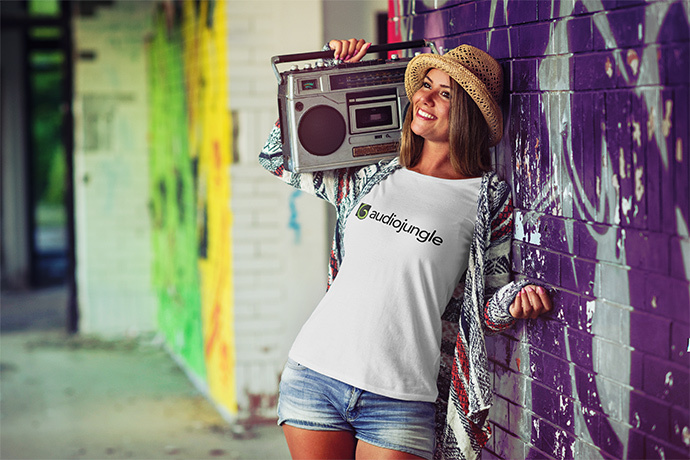 I will also select the best 20 tracks posted in this thread (including the winner) and will create a collection that we’ll feature on the AudioJungle and VideoHive homepage for an entire month. Great opportunity for some priceless exposure!

###Let’s see those nominations, I will be listening to each and every one of them!

I nominate my dubstep/trip-hop track Open The Sky. Mellow but with a strong beat. A dynamic song with a lot of small changes happening throughout the track.

Hi there, here’s my nomination.

An inspiring ‘industrial’ type track, created from many household items with pots, pans, water drops as well as synths. Very rhythmic track that is great for footage of people working, creating, ar...

This is an upbeat, motivational, inspire epic music. Perfect for trailer, video game, film, movie, slideshow, presentation or commercial use. Great for the trailer for games or cinematic tr...

powerful and melodic epic emotional track It gives motivation and stains of any media project powerful drums, sonorous and melodious violin and orchestra beautiful and inspiring melodic piano an...

Hi! This is my nomination!

ROMANTIC INSPIRATION With an emotional piano-melody as a backbone this track builds a very romantic and sentimental scene. Beautiful strings flows elegantly through the piece and creates a hope...

This is my trending epic track!

Epic is epic orchestral soundtrack rumble in spirit of Two Steps From Hell and Hans Zimmer. Combines orchestral layers together in massive trailer style. If you are looking for that pompous,...

I chose an emotional track: https://audiojungle.net/item/i-want-to-inspire-you/15930457

Two my soul power and favorite emotional tracks
(I’m really sorry, but I can’t choose one, please do it, if you like one of them)

Hello!
This is my nomination!
Soft and gentle background ambient piano track:

Inspiring and motivational song in a modern country style. Nice and catchy guitar harmonies in upbeat groove. This is a perfect background song which can be used in wide variety of projects, includ...