From famous beauty and fashion vloggers, to pranksters to the most famous Swedish video gamer in the world, today we’re taking you through our list of five famous YouTubers that have used Envato items.

Roman Atwood is an American YouTuber best known for playing pranks. He has two YouTube channels, RomanAtwood for pranks and shorter-form videos and RomanAtwoodVlogs, for his more personal longer-form ones. And they both have over 9 million subscribers.

And in almost every video he releases, he uses items from Envato’s AudioJungle.

In this video he pranks his own grandmother into thinking she’s being arrested after letting her sit behind the wheel for a photo. Grandma’s reactions are priceless as she goes from sweet, to feisty, swearing up a storm.

And underscoring this video - which has over 12 million views - is Gae47’s ‘The Detective.’

This prank - with over 13 million views - Atwood uses LightBeats’ ‘Hip Hop Rock’ as he pretends to steal people’s car tires.

And this one in which he runs the streets at night with cans of water faking an epic purge, making great use of lucafrancini’s ‘Epic Apocalyptic.’

His other channel, RomanAtwoodVlogs are longer form daily videos covering his life as a father.

He makes use of Gae47’s portfolio again, using ‘Sneaky’ under this vlog covering his trip to Seattle and his wife’s 5k race, in which she came dead last.

He uses ‘Timelapse’ by khursey in this vlog covering him and his family’s trip to Chicago for his first live show.

And in this one featuring MorningLightMusic’s ‘Summer Fun’ covering the crazy watermelon challenge, where you have to get vaseline covered watermelons into the goals. It looks like so much fun.

Each of those has well over 1 million views.

Meredith Foster is a beauty and fashion vlogger most noted for her makeup tutorials and fashion spreads.

In this one she uses LumenMedia’s ‘Upbeat Corporate’ while she takes you through her summer morning routine.

It covers everything from how she plans her day, to what she eats for breakfast, to walking the dog and of course how she does her makeup.

This video has over 1 million views and she has over 4 million subscribers. So great to see her using an Envato item.

Grant Thompson - “The King of Random”

He’s the so called “king of random” with videos ranging from teaching you how to start a fire with a sandwich bag, to hacking open a car battery, to building a stealth shelf for your gun…or candy. You know, you do you…

It’s a DIY style shelf that can hide money, passports, firearms or what have you.

And in the video covering the Kickstarter for it he uses ‘Motivational Corporate’ by Inflection Point.

He’s also used several other Envato tracks, including ‘Background Inspiration’ by Alec-Koff for this survival hack video teaching you how to start a fire with a sandwich bag.

‘Motivational Upbeat’ by ABSounds in this one of how to use a soda tab as a tensioner.

This one, using ‘Slow Summer Ambient’ by SonixAudio showing you how to hack open a car battery and what you’ll find inside.

What he did with what he found in that car battery using ‘Fun Energetic Pop’ by FortyTwoStudios.

And finally, what’s hiding in your hotel room, using ‘Upbeat Corporate Technology’ by AurusAudio. Hint, wash your hands after using the light-switch.

He’s got over 6 million subscribers and around 1 million views on each video. And he credits most AudioJungle tracks he uses, so we’ve got a pretty loyal customer here.

Yousef Saleh Erakat, better known as FouseyTube is an American YouTuber famous for pranks that have a message.

And in this one he teams up with Roman Atwood for the suicide experiment. The pair plant cameras in two cabs and share their thoughts with the unsuspecting cab drivers about how their lives aren’t going so well.

Each prank reaches its crescendo when they ask them to stop at a bridge the pair pretend they’re going to jump. Each cab driver manages to step up and talk them out of it, before they reveal that it’s a prank and congratulate them on being such inspiring people.

It’s all backed up by Dmytrolgnatov’s ‘Inspiration.’ And while a risque prank, it is indeed inspiring.

With little more than a Swedish accent, a foul mouth and a kooky sense of humor, our final YouTuber’s videos range from the ridiculous to the “I cannot believe I just spent 15 minutes of my life watching that, oh my god maybe I’m the one who’s ridiculous.” I’m talking - of course - about PewDiePie.

“THE YOUTUBE HEROES!”, is a bit of a takedown of a much ridiculed initiative by YouTube to keep their comments clean.

It uses ‘Energetic Indie Rock,’ again by AurusAudio - which YouTube themselves used in their official video. The video by YouTube help has received over 3 million views, and PewDiePie’s parody has received over 4 million. With over 255 thousand likes on the famous YouTuber’s takedown, I doubt YouTube comments will be fixed anytime soon.

PewDiePie’s also used an Envato item in one of his most ridiculous videos. Part of his hilarious series, “5 Weird Stuff Online”, this one sees him try bacon toothpaste, which appears to be a disgusting as it sounds.

And beneath his gag-enducing antics plays ‘Funny Tune’ by AudioAgent. Nearly 10 million views on this one. A win for this author and AudioJungle.

And that’s our list of five famous YouTubers that have used Envato items.

Major German YouTuber, Gronkh, used my song “We Won’t Stop Dreaming” (feat. Benji Jackson) in a very cool video montage used in a series of videos about the game “Beyond Two Souls.” The series of videos amassed millions of views and Gronkh has 4.2 million subscribers.

The end video montage by itself:

Trending Tracks The #1 top-selling AudioJungle portfolio Buyer Favorites New Music Speed Search Who is pinkzebra? Thanks for checking out my tracks on AudioJungle! I have been a recording artist w...

Here’s my track “Energetic Indie Rock” in one of the most hated and controversial videos in YouTube history. Over 3 million views and approaching 1 million dislikes

And here’s PewDiePie, the most famous YouTuber in the world, dancing to my music:

And as I’m big fan of tech, here are some of my detections from the YouTuber Jonathan Morrison.

both videos using the same track

both videos using the same track

VANOSS Gaming used our track for his outro, and it’s quite viral in there (14 million views) and some people made it as outro playlist
Some user said that he used that outro for some other videos, but I couldn’t find them (too many videos to explore)

And here’s our track EDM

F.A.S.S is electronic dance music producer with 8 years experience in ghost producing, remixing, and original track making. His works are already nominated in many awards in Electronica Category un...

Hi there! I have one from Roman Atwood as well

Here is the video:

Here is the track:

Check this similar track as well: Lifestyle Pop NEW! Now you can purchase Music Kit of this track and customize background music for your project as you like! Save up to 50% by purchasing Music Pac...

Hello, my track Inspiration was used by famous fouseyTUBE(over 9 millions subscribers) and has reached over 20 millions of views.

We can’t wait to see what you have created with Oxygen theme, if you are proud with your site, please submit it to our showcase. 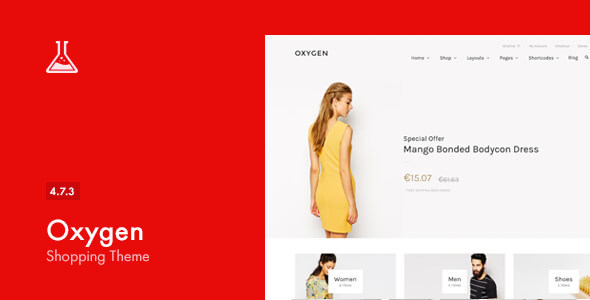 Oxygen supports Wordpress 4.9 and WooCommerce 3.2.6 — Changelog Oxygen is a WooCommerce theme, built exclusively for online shopping and offers a great variety of options to cus...

Not a full song, just an ident on the video preview:

This channel is using my track “Sadness”, this channel with more than 2 500 000 subscribers.

this video has gained more than 14.2 million views.

“Coisa de Nerd” is an incredibly successful Brazilian channel with over 5 million subscribers, recently celebrating 1 billion total views (1,000,000,000). They have frequently been using our exclusive AJ track “Whistling” as an intro logo and/or background music.

This channel have over 6,5 million of subscribers and over 500 million of total views.

Music: Kitten in the Kitchen 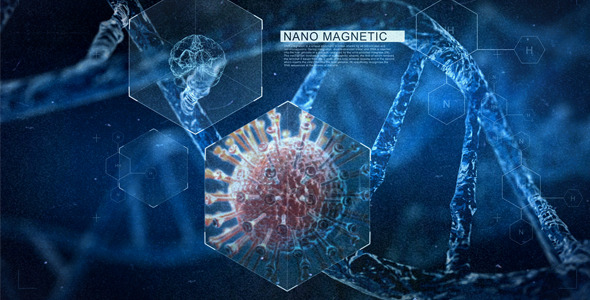 I hope this thread will make Envato staff thinking about new licenses for Videohive (like on AJ), because I don’t even know why this has not been done.

Yes, Christina Aguilera is not a YouTuber, but hey, she has there more than 2 million subscribers.

Roman Atwood used one of my tracks in this famous prank:

Youtuber Gronkh (who has more than 4 million subscribers) used my track as endscreen background in one of his gameplay videos. Track starts in the last minute of the video: