I just downloaded version 4.9.5 of NewsMag ThemeForest and it comes with WPBackery version 6.2.0. It seems that it has had to be replaced today due to security problems and the good version is 6.4.1

Are you going to update the template plugin? …

It looks like that version of WPBakery was released on September 24, and I don’t think it was a security release. Just a couple bug fixes and an update to the German translation (see their changelog here).

Most theme authors like to test plugin updates before releasing them as a part of a theme update - just to be sure there aren’t any issues. But if you’re concerned about immediate access to plugin updates I would suggest purchasing your own single license for WPBakery.

Thank you very much…!!

Pay attention!!!
I think it’s urgent to roll out an update to all customers 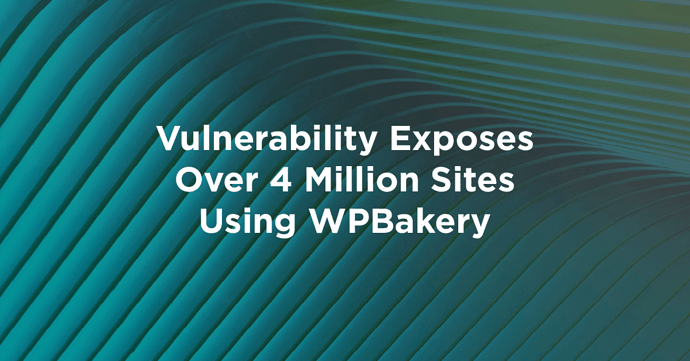 On July 27th, our Threat Intelligence team discovered a vulnerability in WPBakery, a WordPress plugin installed on over 4.3 million sites. This flaw made it possible for authenticated attackers with contributor-level or above permissions to inject...

We keep our Total theme up to date

but yeah, you might want to reachout out to the NewsMag developer @tagDiv to see if they’ll be releasing a update soon.

This support page will give you more information on the level of support offered for Newsmag - Newspaper & Magazine WordPress Theme that you can purchase from ThemeForest.