What is the 'quality standard required' problem with this design I have? 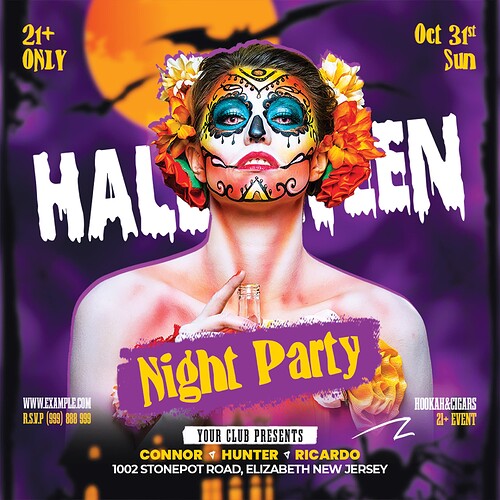 Can you tell me exactly where I need to improve?

hi indeed, here are a good deal of issues with what u have here , from where is sit …
1- typo
u have to understand that here typo is a major concern and indeed, at this stage, u are far from standards in my view. This is being paired with the point 2 indeed. Otherwise, still about the typo, to be honest, I do not feel that the combinations are working pretty well to say the least, not to mention that the distorted effect on part of the main title is not really helping in anyway as far as valuing or making the concerned text really readable
2- Central titles
they are either not super readable , nor valued or even positioned well , according to me, so that what should spring out the most indeed, is far away from being the thing that is the most valued , which is resulting in a hierarchy issue in a way
3- hierarchy
this is linked to point 2 but not only, the space that u have reserved for the club name is quite a constrained one and is preventing you form really emphasizing it, which is a real mistake in terms of marketing. Look. if a club owner comes here to buy a flyer for his business, he will be willing to have the name of his club really noticed, identifiable and remembered , but, if u give sort of a “secondary information” status, as you are doing this far, this is clearly not going to be efficient about it
4- global style
well indeed. once u have withdrawn the thing that are not supposed to be included in the main zip file, like the picture, there is not so much left. Think about it , u end up with a zip file made of plain color bullets, text, a rather simple blurred background
5- dodging
for me this is far to raw and thus this is not really credible either … at the moment, this looks rather like a stroke, more than any thing else. This is making the lighting look not natural and the stroke is impacting the design negatively visually speaking, this is neither aesthetic nor realistic
6- model
as for me, I believe that the chosen model would be better suited for “dia de los muertos” rather halloween
7- z lay out
if u understand what I am referring to, u will figure out why some elements are misplaced … like 21+ or instance whisk is considered as a major information due to its positioning here ,when ,actually this is not …the z lay out determines the impact zone and where to put thing that really matter and , at the moment, apart form the central title , nothing is really optimally placed
8- edges and breathing
the header side information are placed too close from the edge, the direct consequence of this , apart from a possible trimming or safety zone problems, this is that the elements are not super valued out of being placed in a “choking environment”

Thank you very much for your suggestion. You have presented the mistakes point to point very nicely, Which will be useful for my next project.

most of the time, people who say they will do next time , end up doing the same mistakes and having their items rejected again … but this is up to u to see …