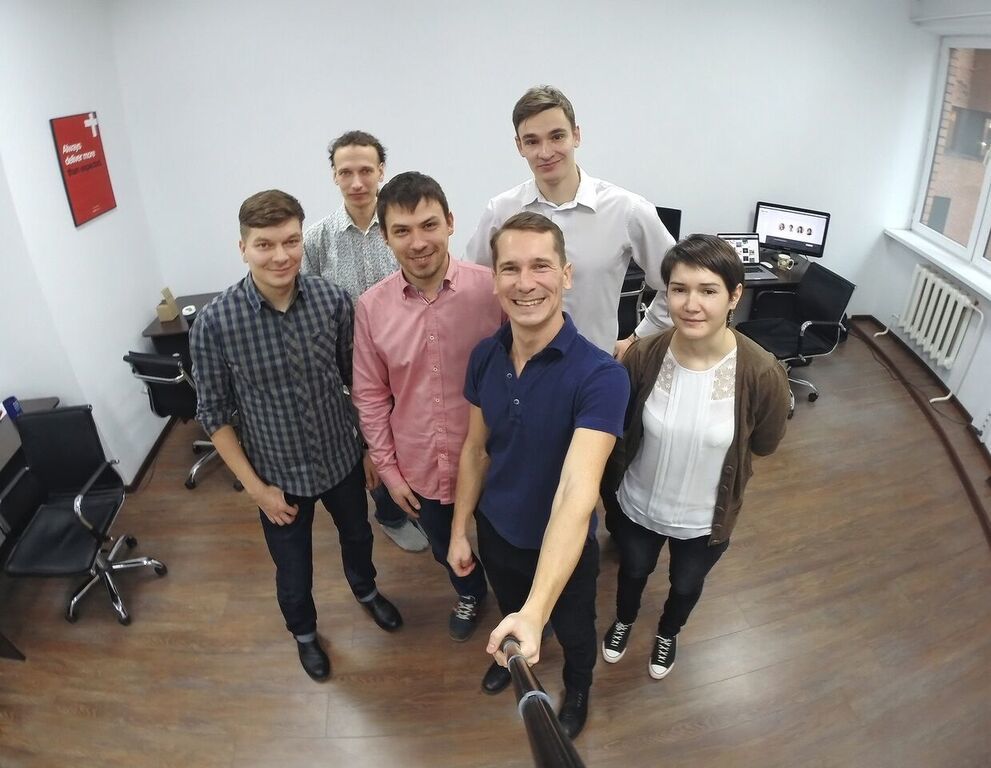 UpSolution are a group of six young passionate web developers from Russia, Ukraine and Germany. Their headquarters is located in Moscow, where, we're told, you can taste some seriously great coffee and meet some of their local team members.

"Before we started our joint company, our lead designer tried to get a job as a storekeeper. Frankly speaking, he wasn't good in it, felt nervous and failed the interview. Looking back we can say that we were pretty lucky about that." They said.

The company began 8 years ago, when UpSolution was a small web studio developing projects for a handful of clients and a few personal projects. The team achieved a great deal, creating hundreds of web sites, two content management systems and at one point, they even received a flattering testimonial from the President of jQuery Foundation, Dave Methvin.

Despite the enormous amount of work that went in to their projects, the venture wasn't very successful. The team's obsessive attention to detail, often caused them to spend more resources developing projects that they received in compensation from their Clients!

It wasn't until the team discovered the Envato Community that their personal values of hard work and product quality above all else would begin to pay off.

"We believe that life is about serving others. For us, this is about creating as much value for people as we can. We've achieved what we have because we've arrived at a place where we are in a position to produce value at the highest level. Envato has provided us with the opportunity to deliver this value to a huge number of different people. People that are ultimately able to do their work better, start their ventures faster and in turn, create even more value for others." 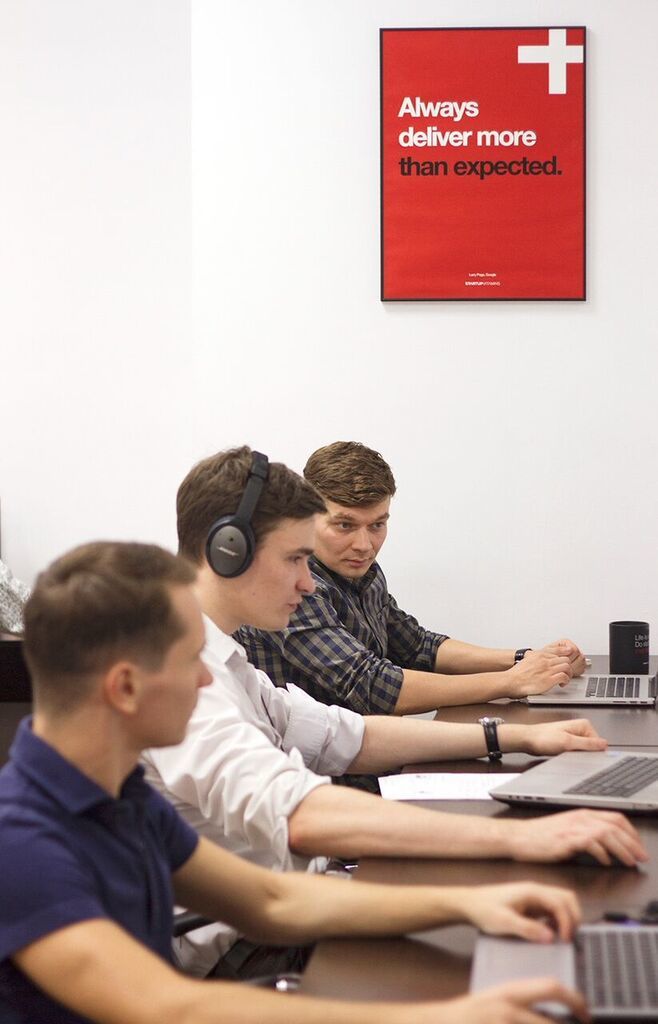 *The UpSolution team developing themes, themselves and the hearts and minds of their buyers in their Moscow office.*

As UpSolution move to their next stage of business maturity, new authors can find much to learn in their achievements in the startup space. In a world that has become incredibly networked, UpSolution is the classic example of a new generation startup, with team members based outside of Moscow in Ukraine and even as far as Germany.

“Nowadays the issue of where you are are completely secondary while you have freedom of action and decent Internet access. Our team works from different locations and we created our joint venture even though we never met in real life. The things that really matter to us are one’s passion, capacity for hard-work and willingness to create rather than consume.” they said.

Despite the freedom and flexibility associated with the the work, hiring remains a constant challenge to navigate.

“It’s challenging. Partially because of our high demands, and partially because that in our quest for the best people, we’re constantly competing with top tech companies that can offer a very comfortable working environment with plenty of enjoyable activities as perks. The spirit of the startup is different. What we offer is endless scope for professional and personal development. It’s a very particular, special kind of person who is attracted to our way of life.”

The focus on personal development has led the company to build a number of initiatives for their small but growing team. From simple concepts like jogging each morning to more in-depth educational pursuits which are undertaken together as a team.

“Each of us is able to choose one concept that will pull him/her forward, and can order a mug and stickers with the idea on it at the expense of the company, so this idea is in front of their eyes. The same goes for any useful books, educational programs, trainings or certifications.” 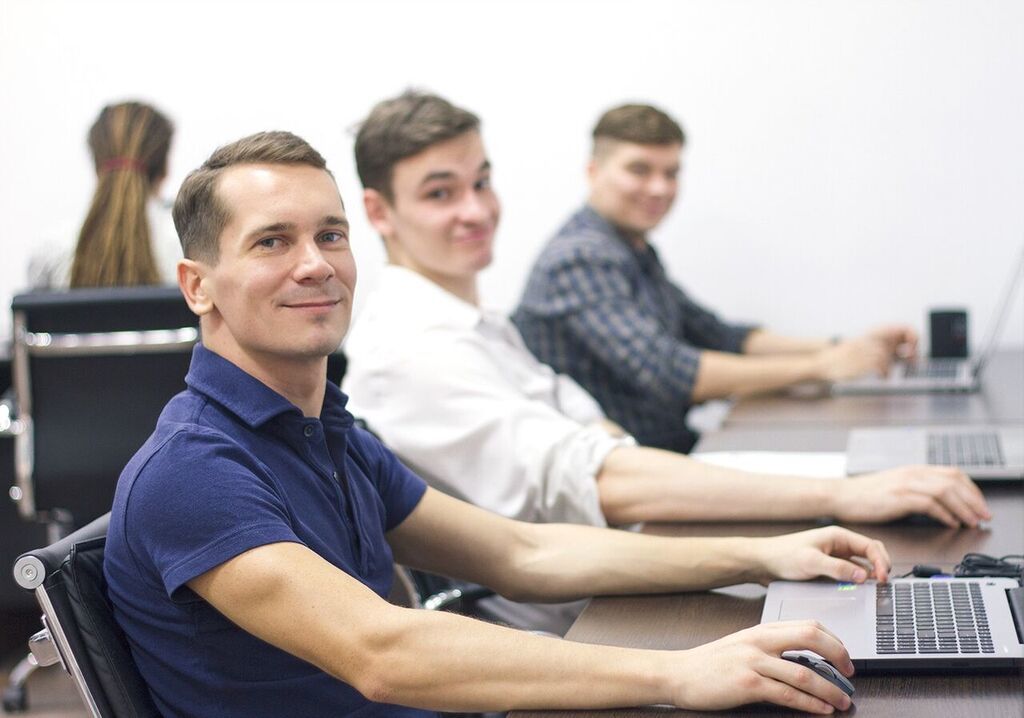 The team’s advice to new authors? Focus on what you do best to deliver something remarkable…

“At the moment there are over 50 different teams and individuals that achieved Envato Power Elite status creating totally different types of digital products. There’s no point copying someone else. Those that succeed are those who create something truly unique.”

Despite having achieved an enormous amount, in the team’s mind, this milestone only marks the beginning of their achievements.

“Before this there was nothing, everything is just beginning.”, they said.

From what we’ve seen, we wouldn’t be surprised if they were right.

Check out UpSolution's profile on Themeforest

Congratulations guys, You guys are inspiration for many other authors like us

Congrats, guys! That’s certainly a goal to aspire to. Keep up the great work!

Congratulations UpSolution! May you guys gain more success this year and beyond!