I accept that some songs have a better fit on other marketplaces, and in all these years I get a rejection once in a while, that’s ok… but this is ridiculous, I just get rejected 3 new cinematic songs in a row…what amaze me is that all rejected songs have being accepted previously and other leading marketplaces.

I just don’t understand why they are rejecting these songs, the canned message is like say NOTHING…you could argue many things, but I know is a decent enough song to be published here, is well constructed, with a nice melody hook, mixed and mastered, I upload them in multiple versions to maximize usefulness, I use first-class sample libraries, etc, etc…

So what’s the problem? I understand that they have the right to reject it even if I did everything “ok” but at least I think authors deserve a personalized message about what is really wrong with the song when is rejected, and stop us just guess in the forums.

I remember when Scott Willis and other “famous” people here send me personalized comments when reviewing some of my songs, it wasn’t a long time ago, so why that is not possible anymore? Yes, is a gigantic marketplace now but hey if a reviewer needs 15 days to approve or reject a song, why it can take 5 more minutes to explain really what is wrong with our song. Just that a damn personalized message to authors, we all put here many hours creating stuff, we didn’t deserve at least respect ?

I think all this canned messages are disrespectful, we deserve at least a human kick in the butt if you like… but human, not a canned message please.

if a reviewer needs 15 days to approve or reject a song, why it can take 5 more minutes to explain really what is wrong with our song 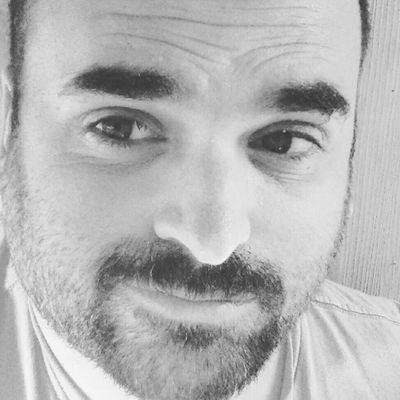 I think every market has its own standarts. Your track, while definitely nicely done and complex is probably too complex for this market. So that other stock site accepted it, becuase they feel it suits the library and would be appreciated by its costumers. Dont take it personal, and dont try to find real (technical) mistakes in your productions. From my point of view, AJ favors simple and strightforward stuff, more of a happy, relaxed, corporate music. Or energetic and powerfull, but still relatevely simple and cliche.

And i remember that many rejection topics i’ve read were also about complex cinematic/orchestral epic overtures. I guess it is just not what they feel this particular market needs. Take a listen, many epic tracks here are based around the same chord progressions (sick of it, personally), but thats what AJ thinks will work nonetheless.

You have obviously devoted time and effort to your track, and it is genuinely epic, in terms of the various sections and all that you have going on in your arrangement.

I will offer my opinion, in hopes that it can help. I upload tracks to AudioJungle, but I edit a lot of video as my primary job, so I also purchase tracks here. As someone who buys “epic” tracks sometimes, I have certain things that I like about these types of tracks.

I agree with @PhreaSpirit with respect to different marketplaces looking for different types of tracks. I do think the more straightforward songs have better odds of being accepted here.

However, I think a lot of what I’m hearing with your particular track is production related. Personally, I hear two things: a lot of mid-range in the track and a lack of tonal balance. I’m not hearing much in the way of bass or low frequency, which I personally like to hear in a big, cinematic track.

It sounds to me like I’m hearing some clipping, also, or excessive brick wall limiting.

I don’t write or produce many cinematic tracks, so take this for what it’s worth, but I think the challenge with some of these epic tracks that have a lot going on is balancing the many different elements in the track in terms of space.

I think your track sounds like there are a lot of elements that are competing for the same space in the mix - instead of having some that are further back or that have more reverb or room sound so that they play a supporting role in the mix and allow the more important instruments in any given section to be emphasized in the foreground.

I would recommend spending some time listening and making A/B comparisons between your cinematic tracks and some of those created by elite AJ authors like @Sky-Productions.

A great way to examine your work is to compare your track to a cinematic track you admire by putting both tracks in a session and putting an eq on each one. Low pass both of them and listen only to the low end of the tracks and see how yours compares to the other. Then high pass both of them and listen to the high content, followed by using a bell eq and listening only to the mid frequencies in both tracks.

I have read a ton of mixing tutorials from accomplished pros and nearly all of them recommend having a few reference tracks in the same genre of the music you’re mixing and doing some of these comparison tests to see if you’re getting the balance of your mix in the same ballpark as the references.

I wish you much success!

Thank you @promosapien and @PhreaSpirit for your answers I really appreciate it. Although I do A/B testing in general I must admit I didn’t do that on these latest tracks… so maybe the issue was production related, which bothers me because normally I don’t make these kind of mistakes, so I will take your advice and test against other tracks and in case you’re right modify the way I’m mixing these type of songs.

Thank you very much for taking the time to give me feedback.
Regards

Hello,
I am a total newbie in “cinematic” or “epic” sound, so I’ll only give my opinion as a listener.
First, right in the intro, I have a “mechanical/not human” feeling, these repeated strings sound a bit unnatural to me. You might have used ultra high end expensive librairies, but as a listener, I have this feeling something is not right.

Now, listening to the rest of the song, I had to check my headphone connection as I had the feeling something was wrong… as there is nearly no bass content… and I love bass, especially in epic/cinematic tracks where there are often exagerated… I have a strange feeling with stereo, maybe a phase issue? Listening to headphones can accentuate this problems, but listening to some other reference tracks, I know my setup is fine.

I also think something might be too much compressed in the master? It does not “breathe” enough…

Well your composition is nice, but the mixing/mastering needs work I guess.

And I am totally in phase with the point of your rant: it would be nice to have a more explicit rejection message. I understand that time is an issue, but personnally, I would be very happy to have at least a “mixing/mastering” or “anything else” checkbox, so I would know if this is just a matter of working on EQ, balance, etc… or not.

Thanks to this forum, I have already resubmitted some of my rejected songs, and it worked like a charm after having made some fixes as suggested by people here.

Maybe I screwed the mix in some point but the real problem is if I know with certain that was the cause of the rejection, then I could fix it… but because the official reason isn’t clear maybe I just wast my time trying to fix the mix, upload it just to be rejected again… Or not, that’s my point, I just guessing, maybe you’re all right and the problem is the mix, or is because the song is too compex, or both, I just don’t know.

Anyway thanks again for your feedback

Hi Again
Another track rejected, this time I really have no idea what could be the problem and sadly I’m suspecting that if I upload this same song to my exclusive author account here it will be approved. Because is very similar to others that I have got approved recently… I have the feeling that because I try to upload this to a new non-exclusive account they treat new authors different.

I hope I’m wrong…I just upload the new rejected track to soundcloud if someone could send me feedback in case I just screwed something, because after all this years and 100+ tracks approved on my other account I’m really disappointed now about AudioJungle.

btw: the last part is a looped version of a part of the song that why it suddenly stops
Thanks

I think it’s the “Mix”. Beat sounds so loud and aggressive. And for the bridge section at 1.13 you could prepare the listener a little bit earlier with a longer riser.

Just a quick update, after remix and remaster my song it was finally approved

Thank you to all who give feedback, here is my approved track:

Just a quick update, after remix and remaster my song it was finally approved

Thank you to all who give feedback, here is my approved track:
https://audiojungle.net/item/cinematic-chase/23148703