This is not necessarily related to audiojungle but I recently bought cinematic studio brass and so far I really like it. Just for fun, I did a quick mock up of a star wars motif and posted it on my soundcloud to show a friend. I’m just curious if I can get in trouble for posting my version of copyrighted music online even if it’s not something I’m trying to monetize? 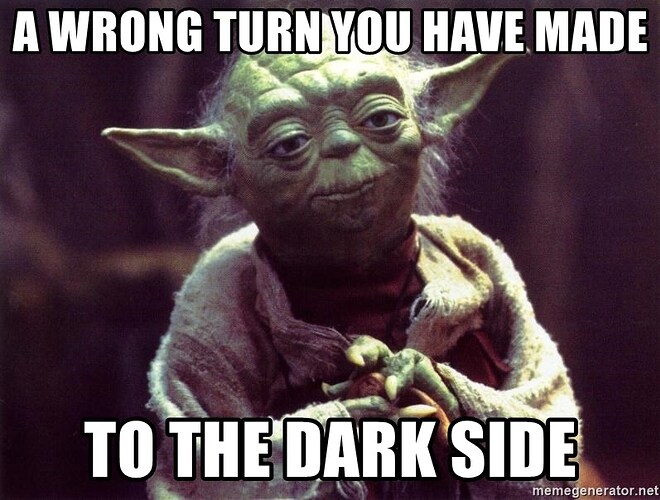 Haha I apologize if my question was stupid or out of place here. Hopefully I haven’t gone to the dark side.

No, you will generally not get in trouble for that.

But if you want to be ultra-safe, you can legally release a cover of pretty much any song on the planet if you just get the right (cheap, $12 per year) license. Distributors like DistroKid allow you to get that license very easily.

Now you can recreate the entire soundtrack and release it on Spotify.

Thanks, that is good to know!

We are “so special” that noone will know… Hahahah

I have loads of mockups in my AudioJungle portfolio of orchestral compositions found in the public domain. Creating these tracks really is fun particularly when playing with a new sample library. What I would not do is post online a track with a copyright that is still current, especially a well known one such from Star Wars. I would personally keep this private amongst friends and collegaues just in case of legal implications. Be very careful.

@Manriquedelara has quite rightly highlighted a prime example of copyright infingement.

Some of us are too old to know small details like that one, too much hours put on atention

I’ve already deleted it but was just curious if there was some legal risk involved. I’ve often seen other people showing mockups on YouTube or on VI Control, especially a lot of Howard Shore LOTR stuff. I wonder if they got the kind of license that Jackk44 above is talking about?

Now you can recreate the entire soundtrack and release it on Spotify.

Really? I would not try it following this advice.

Absolutely not. You’ll need permission from all right owners to do a cover of an existing work.

Is there a difference though in making an actual cover you intend to release and monetize vs just posting something you did online for fun to showcase some sample libraries you may have?

Got it, probably best to just steer clear. Thanks guys for your input!

There is a bit of a confusion and erroneous “fear” here, which is understandable, because things have changed so fast that it’s hard to keep up with the details. But in general, yes, you can publish cover songs without hassle, and if you only release them on streaming DSPs, and not offer downloads, it’s even more simple and safe. The main reason is the so called “music modernization act”:

What Is The Music Modernization Act (MMA)?

There are lots of aggregators like soundrop.com that handle the official cover licencing for those who also want to release downloads, but for streaming only, almost any aggregate can handle it. The main detail being, you need to mention that the tune is cover song and not an original one, and in the publishing information you need to refer to the original composers and not mark yourself as the composer.

Just make sure that you follow the rules and details mentioned by your chosen aggregator regarding how they want you to upload and define cover songs and everything should be fine.

I think you confuse covers to using samples or creating remixes. Those are different beasts.

Thanks for the info!

You can make a cover song and upload it to audio streaming services like spotify freely without any kind of license. You cannot upload it to youtube since that (mixing audio and video) requires a mechanical license. Also you can’t remix (using samples from the original) without permission, but a straight cover you don’t need any permission or license, though some aggregators might require one to upload it to services, but that’s their own requirement, not something required by law.