Is this practice allowed?

Searched for “Funky” music and have found 3 different tracks from 3 different authors with almost the same track description (2 identical and one a little different). All of those accounts are exclusive. I thought only 1 exclusive and 1 non exclusive are acceptable. How come one person has so many accounts? Or maybe its just a coincidence lol

Anyone can have as many accounts as he wants.
But it would be great if Envato could block authors with multiple accounts. Because most of these authors are using those accounts to upload the same items with minimal changes multiple times.

So you’re saying everybody may set up any number of exclusive accounts here? That’s weird. Well, whatever. 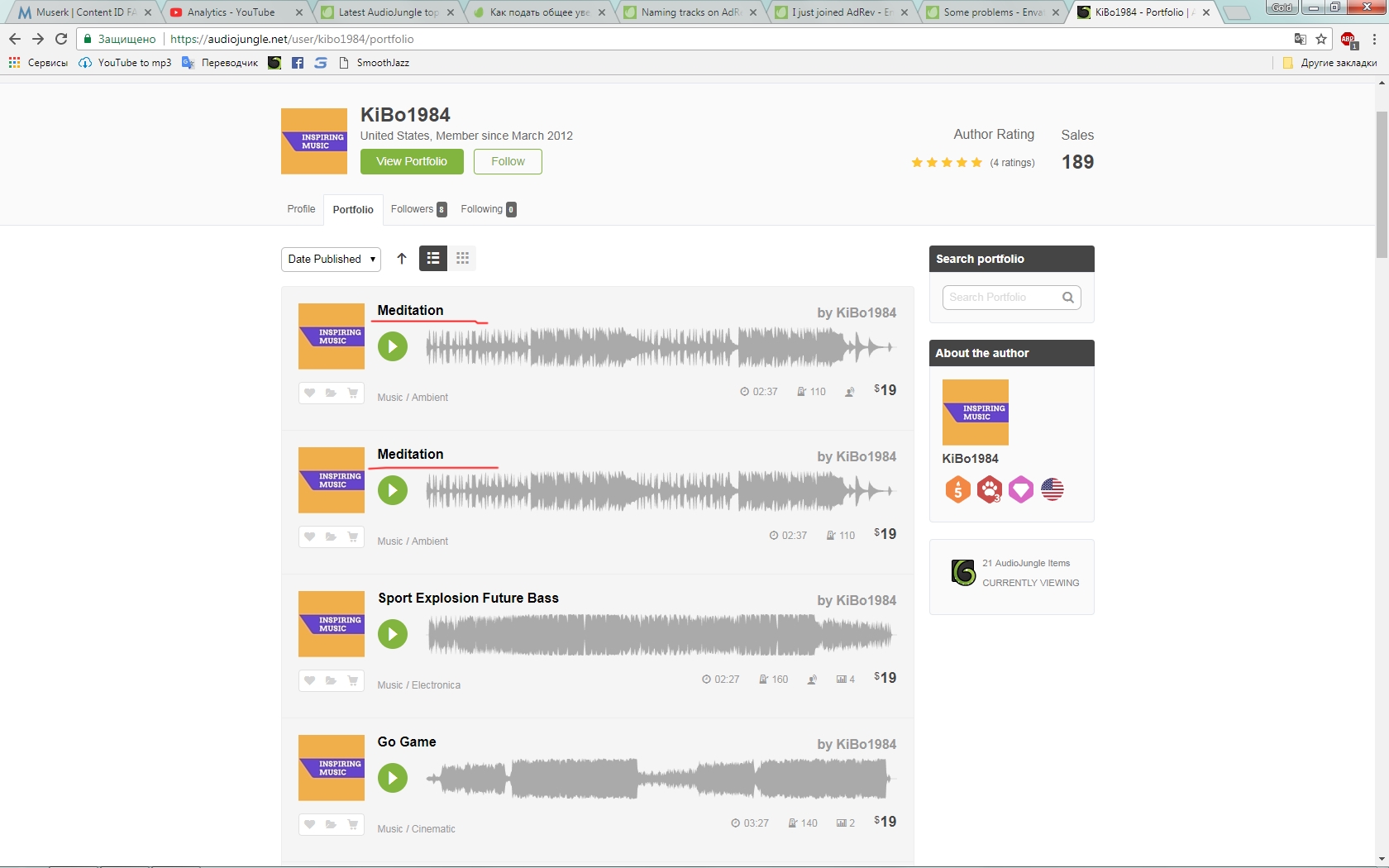 Yes, it looks weird. I just checked it out and nothing changed since few days passed. I think better to write an email to support team with this issue. I guess it’s just a mistake.

Yes, it can be just an uploading error, it’s being noticed from time to time. Weird it still has not fixed.

Hi! I’m new here and listen to a lot of music from different authors to see what’s sells best here.

I’ve just noticed a lot of copycat tracks even from elite authors.

Take a listen to this two tracks for example.

The tracks are the same, the author only changed few notes.

So is this practice allowed? If not why some authors did’n get the same rejection notice? 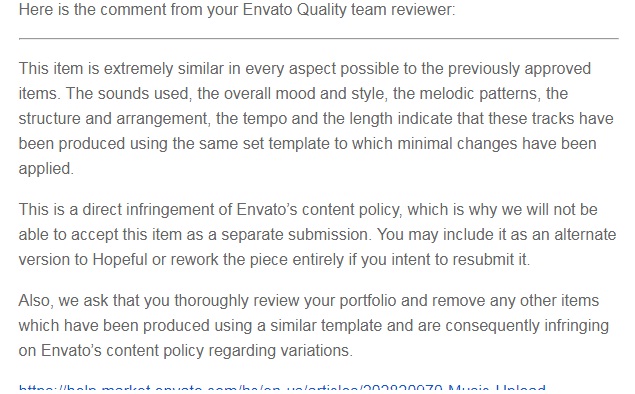 Sometimes, these things can happen accidentally. Please feel free to open a Help Ticket regarding the two tracks and they will take a look!
https://help.market.envato.com/hc/en-us/requests/new

Soundizer proved that software exists to fingerprint audio…surely such a system should now be put into place.

Hey guys! Did you read about the new single payment destination policy?

I wonder if this could at least reduce the duplicated and copycat tracks. What do you think?

I wonder if this could at least reduce the duplicated and copycat tracks. What do you think?

Why would it? You can still upload the same file 100 times on one account or 100 times on 100 accounts with the same payment destination.

But if some experts @Envato would do an investigation simply be exporting their author database vs payment destination with a pivot table, they would find very easy multiple accounts to clean and shut down.

Why would they shut down multiple accounts? They’d shut them down if they had copycat or duplicate tracks, but that can happen if somebody has one account or several, so I’m not seeing how detecting people with duplicate accounts would solve the issue at hand.

Also, I don’t know if this is allowed, but one musician could have different accounts if they were producing with totally different styles maybe? With two identities, two logos?

Well, I though if Envato confirms that one (or several accounts) with the same payment destination owner incur repetidly in unfair practices like copycats, duplicated tracks and all things previously mentioned in this thread, they would be able to block that user for good and ban him from creating new accounts.

At least that was my reasoning, but I don’t know… it’s also true that Envato gets its share from these practices so it could be a totally minor issue for them.

As far as I know, that’s absolutely allowed.

Yes, it’s not only allowed, but also makes a lot of sense in certain scenarios, for example for PRO and non-PRO tracks.

Ask a real ID in order to create an account and if it pops up twice, ban

We might not be allowed to do that, but I do not think that there is anything wrong with that, we should know who the violators are. Their practice hurts us directly by turning a great market in to a sh1t hole.