In the section titled “Does exclusivity extend to products and services offered by third parties (including other authors)?”

My question is, what if I sell a track and then the guy who purchase it wants to make a remix of it, make a record, whatever and sell that on iTunes or anywhere else on his own…how I could prove to Envato that I’m not affiliated in any way to his activities??

That wouldn’t count, as he’s breaching the terms of the AudioJungle license. As long as you’ve not sold him to the track directly and/or given him permission to do so… which wouldn’t have been allowed before the change or after, then that’s not your fault.

So based on the new rules stated above, which specific part of them do you feel might have resulted in your files getting rejected?

In the policy itself, we’ve also added a section to clarify that your exclusivity extends to products and services by third parties.

For example, authors of themes sold exclusively on Envato cannot authorize external developers to create add-ons for those themes and sell them outside Envato.

How exactly do you expect to apply Envato exclusivity to 3rd party developers who aren’t Envato exclusive… or aren’t even Envato authors… and prevent them from creating 3rd party add-ons for things such as WordPress plugins and themes that are sold on Envato Marketplaces by an exclusive author?

This does not sound reasonable when you consider the open source aspect of WordPress. In fact it sounds completely unreasonable and not something that would be even remotely enforceable.

If you only sell on Envato and you’re not selling anything anywhere else, then your rejection has nothing to do with this new policy. If it was, they probably would have told you.

Talk about creating a ‘walled garden’. This is pretty much the exact opposite of everything WordPress stands for today.

Is that allowed? I don’t know that much about Wordpress, but are you saying that (ignore the new exclusivity rules for this example) I could create some fancy add-on for Avada and market it as ‘The Ultra mega add-on for Avada’? There wouldn’t be any issues with that… the author of Avada would have no recourse?

Of course you could. Avada is a WordPress theme. WordPress is an open source project. Extending Avada is done the same way as extending WordPress. You write code that uses hooks/filters to add or change the behavior of the original. It’s how all themes and plugins work. I

If you wanted to create a fancy add-on for Avada and sell it on your own site you could do so. As long as you don’t violate any trademarks related to naming there is no reason why you can’t do this. Using Avada as an example… if it is/was trademarked you couldn’t call your Add-On “Avada Ultra Mega Pack” because it could cause brand confusion. But if you created an Add-On for Avada and called it “The Ultra Mega Pack” and then said “For Avada” that would be fair use of the name and there is nothing Avada could really do about it. That is how open source works. You would have the right to say that your product is designed to work with another product.

3rd party add-ons for WordPress themes and plugins are extremely common. You don’t need permission from the theme or plugin you are creating an add-on for in order to create an add-on for it.

Same for me my friend I hope somebody will answer you.

Excellent, thanks… one ‘Ultra Mega Hyper Add-On’ (for Avada) coming right up! Can somebody buy me this for Christmas: 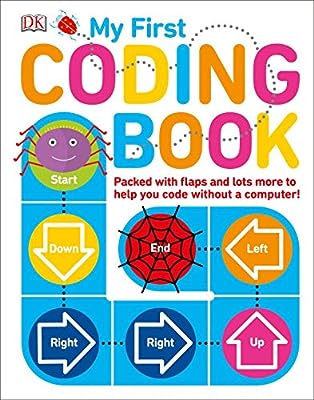 Teach kids as young as 5 years old the basic programming skills necessary to code, including sequencing and loops, without a computer. It's never too early to learn computer coding. With interactive p ...

It’s all in the new document…

As I keep reading the posts these days the new rules affects ALL exclusive authors but big problems comes to themeforest authors.
Anyway, there are two or three lines in new policy that refers to audiojungle authors that didn’t ruin my day…

I really do not understand this move. Why would lite versions, HTML version, PSD versions and other versions hurt Envato, in any case, there is an oversaturation of these items. I do understand offering lite versions on Envato markets and then upselling to pro versions out. But vice versa well it just does not make sense. That brings more sales to Envato items not less.

I am trying to get my head around this decision and it just does not make any sense. What is the logic behind this?

Let’s just hope the next “exclusivity” rule will not be the “Brand” itself. Feels like this will be the next logical step and you’re no longer allowed to sell stuff under the same Name/Brand/Identity elsewhere.

The fat cat is getting hungry again

Reads like it took some serious mental gymnastics to obfusticate the actual plan.

These are 2 technically different products but the naming is (almost) the same. So, will you allow them to do it?

Sorry, this have surely been asked before, but I don’t see a definite answer from Envato Team and that is the only source we could trust here!

So, just to be clear:

1). Can we have the lite version of our product on WP.org? With the same name? For example: Good Homes, Good Homes Lite.

2). The same situation, but Lite Version is distributed on our website. Can we do that?

Thank you for the answer in advance.