how long does it take to files to be approved?

How about you read this:

Envato: the most profitable start-up you haven't heard of

Founded in a Bondi garage, Envato has come a long way. 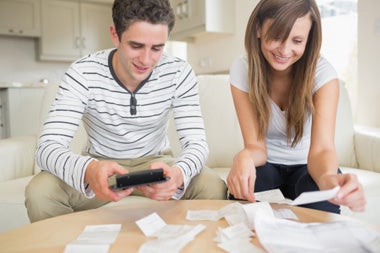 A profitability measure that looks at a company's profits before the company has to pay corporate income tax. This measure deducts all expenses from revenue including interest expenses and operating expenses, but it leaves out the payment of tax....

I’m sure you can guess by the name that Pre-tax profit means: Profit before taxes. And yes, there is such a thing.

You’ve got to be kidding me thinking that the Envato revenue was only $33 million… Don’t belittle people when you know absolutely nothing.

I don’t see a single piece of stock footage in your portfolio so how do you even have a clue about those reviewers? 1 more person added to 3 is a 33% increase which is a big difference. That must be obvious?

Thanks for the apology, but they DID have $33 million laying around for hiring one more reviewer. Presumably MUCH more this year/2016 (since they doubled profits from 2014 to 2015). You don’t pay taxes BEFORE salaries.

Perhaps you missed it, but there is a paragraph in the afr.com article about company leadership encouraging staff to “make the right decision, opposed to the profitable one”. So my takeaway from your comment was that you were accusing Envato of being predominantly concerned with turning a profit, which is clearly inaccurate.

If we have 3 reviewers today, just one extra is a 33% increase. That doesn’t make a difference? Of course it does! 33% is a lot.

This results in an increasing review queue.

I don’t really understand how you can claim that 33% is not a big difference? Even if there were 5 reviewers (which I’m quite sure there aren’t) that’s a 20% increase, which is also enough to make a difference.

Based on the numbers you provided, that means a single reviewer would need to download, inspect, and provide feedback for 1.25 items per minute, which seems like quite a torrid pace to keep up over the course of an 8-hour day (with no breaks)!

Do you understand the concept of example numbers?

Do you know how many clips are uploaded each week?

Do you know how many clips one reviewer can review per week?

If you have the actual numbers I’d love to see them.

Since you claim that “there is no such thing as pre-tax profit” and seem to not understand basic logic I’m having a hard time agreeing with you or taking your “knowledge” seriously.

Spending even close to a minute per clip seems incredibly ineffective, but only the people behind the scenes would be able to provide actual data.

I would imagine the reviewers would have instant access to each clip they’re reviewing (they’re buffered over night) so there is no waiting time between each clip. Most clips are around 10-15 seconds and a decision would easily be made within 10-20 seconds. These aren’t AE projects…

Sorry Flumen, wasn’t necessarily trying to argue, only provide some insight, which doesn’t appear to be taken into consideration so I’ll drop my case

All the best to you!

But where does your “insight” come from? That’s all I’m asking.

A 33% increase is a 33% increase no matter what. Regarding almost anything in the world that is a lot. You’re denying that.

And just to respond to your earlier comment about “make the right decision, opposed to the profitable one” it makes even LESS sense to not hire more reviewers… Correct? Basic logic.

Great timing for this announcement. Hopefully this will help.

The VideoHive stock footage review queue has been steadily growing over the last year as more and more authors upload content. This is clearly an exciting category with a ton of growth both in authors and submissions. The problem is we can’t sustainably keep up. Despite hiring new reviewers we’ve got an ever-growing backlog of submissions and authors currently have to wait 155 days before a first review is completed. Obviously, this is not the kind of experience we’d hope that our community has…

This is great news, and hopefully we won’t see blown out highlights with white balance off the charts as much.

It doesn’t change any of the logic and reasoning in this thread, but it’s good news. At least for high quality producers. It should decrease the review time and increase the overall quality of the VideoHive portfolio. Just like I wanted.

The reviewers must also be more consistent in their reviews, so that an HD version of a 4k clip isn’t rejected for example.

The news certainly is encouraging, and I’m hoping it’ll alleviate the stock footage backlog that’s been far too high for far too long.

On the surface, hiring more reviewers seems like the simplest and most logical solution to the problem, but clearly the backlog was a bit more complicated than adding manpower.

I definitely agree with you that the review process needs to be more consistent (especially with the HD/4K resolution issue), which goes along with implementing better systems to provide the reviewers with better tools to reduce mistakes.

Things certainly appear to be headed in the right direction!