How do you record your guitars? Real amps or virtual ones?

A lot of you guys get a great guitar tone and I was wondering how you achieve that…
I currently own a Fender hot rod deluxe which is really great for clean guitars, but I’m having a hard time getting a decent heavy sound.

I heard a YouTube demo of the Peavey revalver 4 and it sounds great to my ears. You guys think that using it for heavy guitars is a viable option instead of buying a whole new amp?

I use Guitar Rig 5 and Pod farm 2.5, works just fine for me, So I believe that Peavey ReValver is probably going to be just as good.
But I guess you better wait and see what the pros got to say

Thank for inviting me into discussion

I have custom made telecaster, but with mahogany body and rosewood on the neck. So it’s pretty les paul-ish sounding guitar.
For dirty tone I like to use 3 amp sims: Emissary (IgniteAmps) , Legion (LePou) and WagnerSharp (Nick Crow). I like Wagner the most. It’s not CPU heavy to use it while recording with low buffer and when it’s time to mix I barely change amp sim to another so Wagner sits in the final mix too.
For impulse response I like Rosen Digital IR (Orange, Divided by 13, Rosen American Custom), in Reaper there’s great IR loader with perfect sample rate conversion.

Thanks for the answer! Love your music my friend!
I have tried Legion and it gave me OKish results so far, but I’ll definitely check out Emissary and WagnerSharp.
Rosen Digital are great! I bought Marshall and Mesa Impulse responses and they sound awesome.

By the way, when you record guitars, do you plug in directly into your audio interface or do you use a D.I box? (that question is relevant for evereybody)

Hi @MarklarMusic , yeah, DI Box is certainly desirable, but in my opinion it is nothing that would somehow fundamentally record “improved”. If a good interface (converters), sufficient “only” that.

All the guitars I record via Avid Eleven Rack (processed or DI) and the results are very good. From software plug-ins would recommend BIAS from Positive Grid.

Hi @MarklarMusic! i use Guitar Rig. look here: http://audiojungle.net/forums/thread/pod-farm-2-vs-guitar-rig-5/91154
some answers from top authors, if you need it.

I don’t have DI, I have good hi-z input in my Audient interface.
If you have extra 8 bucks, get Rosen Custom American. I have masrhsall and mesa too, but I don’t like em as much as I like orange and rosen custom.

Hey, thanks for the kind words on my guitar tones! The Peavey Revalver sounds pretty great to my ears as well.

Honestly, I’m not using amps anymore either. I’ve got an Avid Eleven Rack, and it’s all I use for guitar and bass. It sounds completely comparable to real amps. Plus, I don’t have to set up mics or anything, which makes it way easier.

The Eleven Rack looks like the same thing as the Revalver. Avid, though, boasts zero latency and true impedance features that makes it feel like you’re playing through a real amp. Also, it’s an individual hardware rack unit, so I think that helps minimize latency. Not sure if Peavey has anything similar.

Tone-wise, I’ve got a Fender MIJ Strat and a Gibson Les Paul Standard. For anything light or jangly, I’m using the Strat and anything heavier I use the LP.

Hot Rod is definitely tough to get heavier tones since it’s pretty mid-rangey. I’m sure the Revalver will help with alternative options. Ultimately, I think whichever you go for, still having familiarity with the amps the companies are trying to replicate helps. If I try to mimic certain tones, I’ll check out whatever gear a certain guitarist is using, and create a similar setup. Hope that all helps. Good luck!

Stopped using real amps for recording a couple of years ago. I use Guitar Rig and the amps and pedals emulations in Logic Pro X.

Hi MarklarMusic, I only use software amp plugins, different for different tracks. If you could name a specific track of mine I could tell you what was going on in more detail.

For example, I like the guitar sound in your track:
Upbeat rock 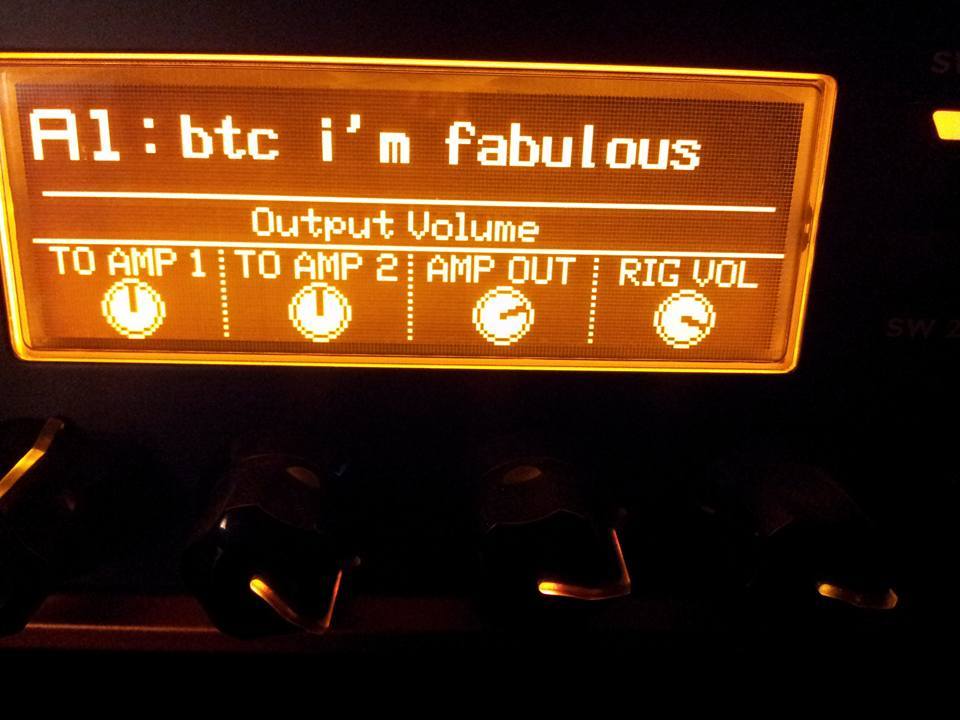 Wow, this thread has really open my eyes. Usually I’m used to hear that amp sims ‘would never be as good as real amps’, but now I realize most of my favorite guitar tones were made with amp sims.
Tells me alot about the bias towards real amps

OK well in that track there’s even no guitar

It’s actually two software synths native to Logic 9 - Sculpture and ES2. Then I use Logic’s internal Pedalboard and GtrAmpPro. I’ll paste some screenshots below. 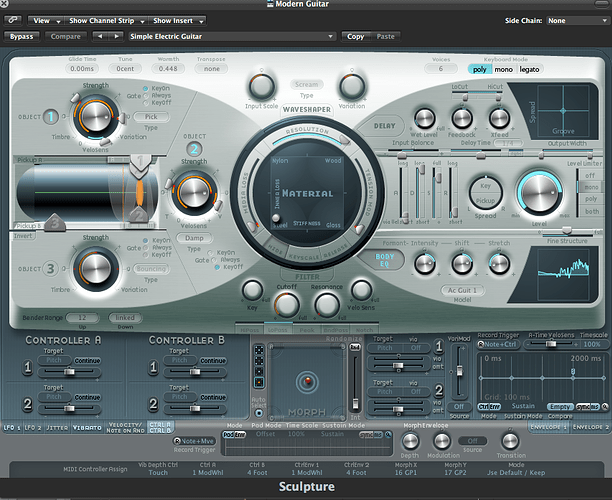 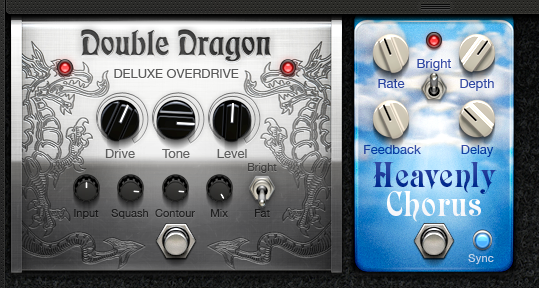 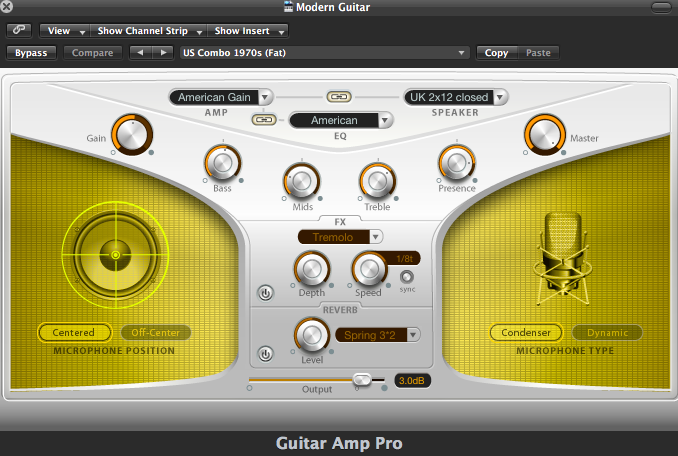 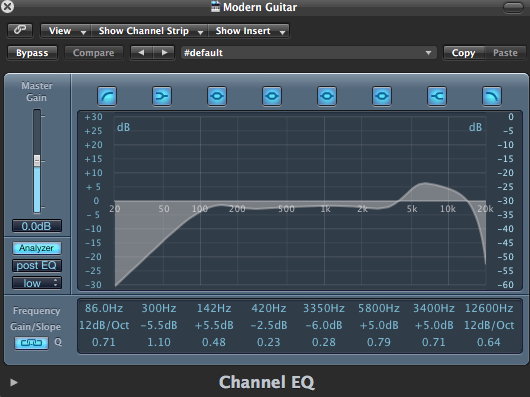 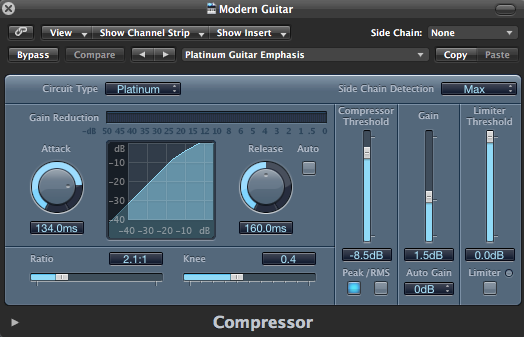 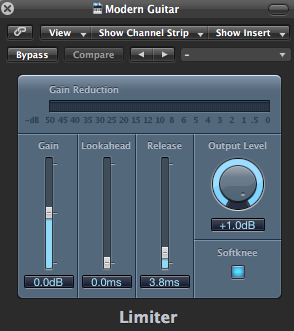 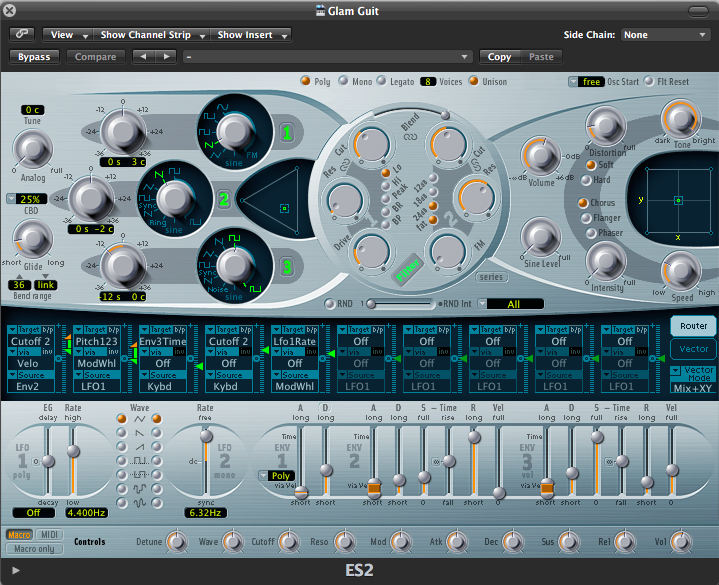 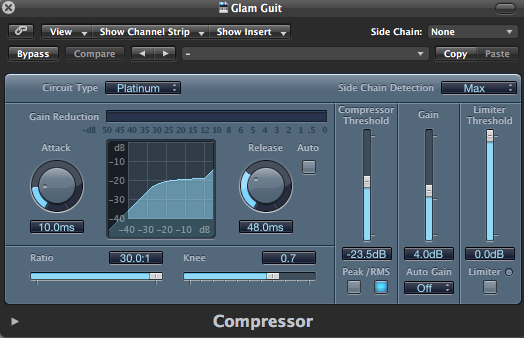 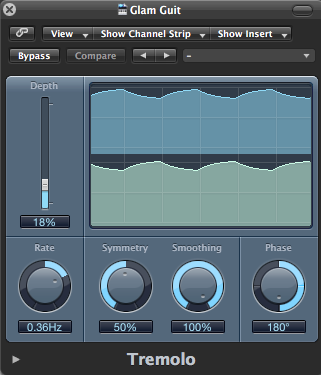 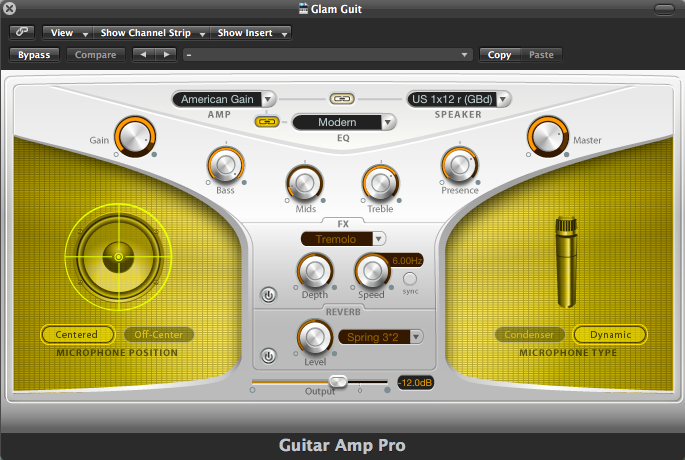 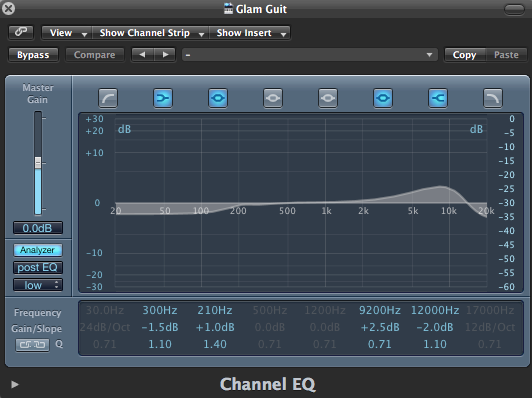 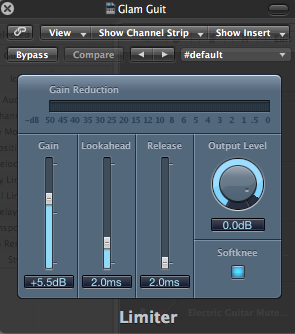 This should give you some ideas

We do it virtual. We also use software and our programmers to replicate algorithms from outboard gear that we love, for in-house productions. I also believe there’s a lot of other software that let you replicate your favourite outboard gear, so worth to check out.

Another thing I’ve found is that to get a big sound it’s often better to pull back the distortion a little, double track it left and right and use the bass guitar for the added power you need.

I used to think more distortion = bigger sound, but mixes are an illusion, and too much distortion tend to make things sound smaller.

In my experience anyway!