After a long day work, this just made our day. Thank you envato and all our buyers 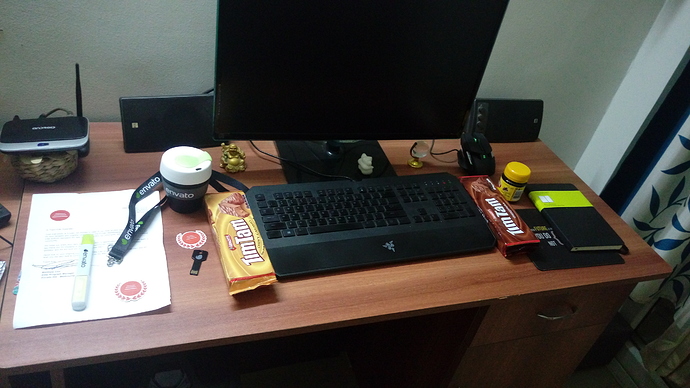 Congrats! Is that a highlighter pen? Is that new?! Why didn’t anybody tell me… this changes everything. Hold all my calls, I’ve got work to do! Badges 6, 7 and 8… here we come!

Thank you @ITstorm and @SpaceStockFootage. Bdw, there is also this vegemite thingy (just tried a spoon) which gives you a real kick (almost literally).

Yeah, I’ve not tried it, but I hear it’s a bit like Marmite. Which is great! Good spread thinly on toast with plenty of butter.

And I just grabbed a spoon without any bread and butter. I am so not going to do that again

Congrats and Good Luck in the future!!!