Overall I have lowered about 20% against the previous year. But still pretty great income. As I am using envato as a side income I am quite happy with it.

Envato gives me opportunity to play with pixels, while I can spent much more time with family and still got some income.

So it’s not as best as it could be, but it’s great experience to be a part of it.

Our earnings have decreased again since the January 2nd update, despite having products that rank highly in terms of relevance and popularity.

Are you guys addressing this issue?

Same, is to low

The same… this is not looking good.

Another time I had the lowest day in my time on Elements.
In December I more than doubled the number of items in my portfolio.
Usually is less than 10 dollars for a low day. Which is fine for a low day, acceptable.
I kept in silence, pushed a lot of new itens, stopped getting rejections and produced a lot. 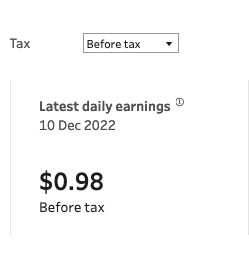 But 0,98 BEFORE TAXES?
Less than 1 dollar after I added nearly 30 new items in December.
I have 12 years as a client and probably almost 8 as an Envato contributor.
I cannot explain how I feel about my efforts and the wasted time. But yeah, feeling really bad and disappointed. How can you solve that? What is the plan?

I got no answer, 17 days now, from Envato team about my idea. Not even 2 words like: Bad Idea. Good Idea.

Hi @Primus1. Sorry - I saw your initial comment, but it got lost during the end-of-year rush. I’ve spoken to our Content Operations manager about it, as that’s the team that oversees all our review process.

The main issue it would cause is in the double-handling of review (with a secondary, but still significant problem caused by all our tooling and workflows being designed around the current approach). We’ve been steadily reducing the proportion of rejected items in every content type, but it still sits around ~30% of all new submissions.

(That number varies significantly by content type, but it’s a ballpark figure)

Put another way, that means around 70% of all submitted items are currently accepted, so the review teams would need two review cycles for 70% of the incoming content. That would have a massive impact on review queues and turnaround times, with all content taking significantly longer to reach approval.

Hello, Ben!
No problem. I thought that my message passed by.
I am thankful and I appreciate you had a talk with you team and CEO of the team.
I understand the issue and you answer. Had a thought that rejections are with bigger % as you wrote.
Of course; with such big acceptance ratio, round 70%, work would double and almost for in vain. Understand all.
Many thanks once again for consider my idea, Ben.
Best wishes,
Primus1

The earning is very very low after add 100 items on elements. I don’t know why …

I would love to understand why, JUST WHY, they do not show us how many licenses each item had.
If they calculate that to create the itens performance, they just don’t display the number.

Can you guys guess why? Can you join me in this point?

I would love to understand why, JUST WHY, they do not show us how many licenses each item had.
(…)
Can you guys guess why? Can you join me in this point?

A post was merged into an existing topic: Getting hard reject always its like true or false