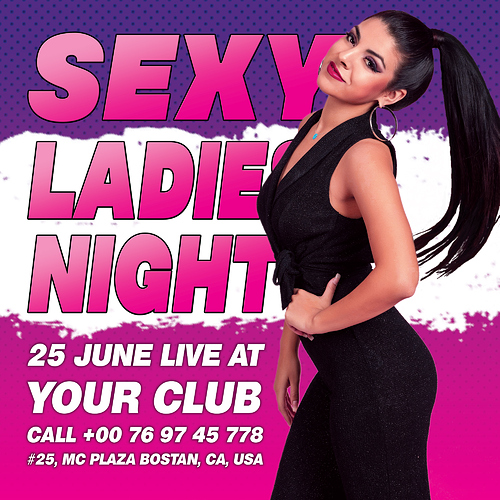 The simple answer is no! Your flyer doesn’t meets the minimum quality to be approved. You have many issues: no concept, no creativity, typography, hierarchy, composition, alignments and spacing, low res images.

Hello!
What did you mean by ‘low res images’?

hi buddy, indeed, the bottom line is that what u have here turns out to be very “raw”. There are many things that @DesignSomething have mentioned, though i feel like providing u with my own feedback if u do not mind , so without further a due, let’s get started

1- global style
what i want u to figure out is that , at this stage, with what u have, if u analyze the content of what u are providing the potential buyer with is basically , some text, a colorful but rather plain background and a pixellated brush crossing the canvas. I guess that u can identify that it maybe felt as very light indeed and , to this extent, this is very difficult for the reviewer to let such an item go for sale. Look, if the customer buys it as such, they may feel like asking to himself what he has been paying for and sort of legitimately so, as even the model is not included … i recommend thus that u push the envelope and bring more elements, attention and work into the global design - since there is not much graphic design right now - either to increase the appeal , the commercial potential and the dose of originality offered by the item

2- concept
maybe i should have rather called this section “lack of concept” as indeed, there is nothing reminding us off anything related to the theme that u have chosen , i mean, part form the model who is not included anyways. I assume that u can identify that this is more than too light all the same … pls let me also remind something. Nowadays, the market has changed , this is not like in the past where u could bring some rather generic items and sell a lot of thanks to the fact that there was no real identity to th flyer, as nowadays with the huge number of submissions, authors and so on, such a thing is rather synonymous for the item to buried alive , even if the template can make it for sale …

3- color combinations
indeed, if the pink and bue is acceptable a combo, the thing turns out definitely less attractive as u put some black - and some white - in the mix , this is even likely to make the thing turn into a type of cacophony indeed, especially insofar as there is no real blending in what u have right now, rather a combo of sorts of layers of colors

4- typo
well, sorry to say just this but the bottom line is that this is more than plain and common, all what u have here and this is definitely lacking originality and relief. To do , indeed, bringing some variations, some font combos working well and some touches of fantasy / originality would be a real helper …

5- pixellation
indeed, unless u are creating a specific item where pixellation is the style, otherwise, this is hurting u and the preview to have things that appear as pixellated to offer the reviewer and potential buyers to see … u need to make sure that the elements that u use have a sufficient resolution so that this is improving the preview and that this is convincing potential buyers (and the reviewer fo course)

6- finition
as i told u the global item is very raw at this point, pls pay attention about details and so on. For instance , make sure that the model’s pony tail is cut well enough, make sure that u add a shadow behind the model and many other things of this nature …

7- hierarchy
u have an issue about it as it looks as if the main title is having at least two levels of hierarchy and u did that without changing at least the typo of the concerned part , so that it looks really really weird …

9- titles
u really have to make this part pop out … i guess that it would help to change the typo, take out the black stroke which is pretty much bringing nothing to the table, that bring some shadow behind it to underline it

So thankyou for your reply. I’m at the beginning of graphic designing and Your support is so appreciated. Thanks again.

my best advice if so is learn from anything u can, be a knowledge sponge, work hard, take your time to bring quality and original things to the table and after a while it will pay off