I think Envato must introduce something that is favorable for the authors and the buyers both.

Hi guys This is part of a series of A/B tests we are running across market, previously announced here. This test applies to category pages and does not affect the search algorithm. Cheers Trent

All the categories on graphic river showing trending items page as default instead of new items. Is it a bug or it has been done by the staff?

It’s apparently part of an A/B test. Let’s hope they go back to “A” soon.

Its a disaster decision. Sales are down to zero for my new items

Heya. As mentioned previously, we’re running some A/B/C testing on the layout of search etc. It’s understandable if it’s slipped your memory (it slipped mine) as it was discussed back in this thread - Further tests on Market Search / Category / Home pages

Nothing is written in stone, but we’ll need to run these kinds of tests to collect the data we need.

Over the next few months you may notice changes to the layout of search results, sort order, new panels, and other design changes to the search and category pages. Using data from the tests, we will assess both customer and author impact. This means you may notice small changes from time to time that you can see and others can’t, and those changes may or may not become permanent.

I think we all had enough of “A” testing,now let’s go down to “B” or “C” where sales are back to normal or better.

I guess now there is no need of uploading new items as it will be of no use. I designed a file for seven days then wait for another seven days to get approval and after all this hard work and wait the result is zero.

Its a great failure for the company like envato that they are following the foot steps of small companies.

Thanks​ for tuning in, I really appreciate it. We are couminty, and we are only as strong as our weakest link.

After all data that is collected I hope Envato will take into consideration everything from topics like these and make a better environment for all authors.

Well, I had today items in order of best rated… considering that items on marketplace divided in two categories - with 5 stars and without rating was pretty funny.

I am agree that things must be improved in order to keep marketplace alive in constantly changing world, but this must be done gentle, because if testing new ideas lead to loss of profit for authors who generate revenue for market it is surely not good.

So, anything can change at anytime, and any of those changes might be temporary for undefined time or stay permanent, but nothing is for sure and no further information is available.
Aye O. K.

anything can change at anytime

I’m actually fine with changes and experiments, without them no progress or evolution. However, AFAIK experiments with potential disruption can and should be conducted on smaller scales and evaluated carefully, before going Godzilla on the marketplaces.

I’ve been here for three years and there has been a handful of significant changes, some great, some not so great, but in all cases I’ve tried to adapt and figure out what signals Envato is sending to us authors - do they want more of this or that, what should we focus on to help each other out, how can we maximise profit and optimise revenue distribution and so on. So far I think I’ve managed, although no change has been without its winners and losers. But at least there was always a WAY to win, at least in theory. For a while it was “be first”, then it was “upload a lot”, we’ve had “use keywords in titles”, “find your own niches”, “focus on quality” etc. There was always a choice. Well, in a scenario where only a handful of dinosaur items are perpetually boosted, game over.

So this time I’m a bit concerned for us all really, not just because my own sales quite shockingly dropped by 90% for the first time ever, but because I fail to see the upside to the long term idea of distributing 99% of exposure to top sellers. I’m actually a bit afraid that when they analyse the data they will see a higher level of conversion - top selling items are top selling for a reason, after all - but please bear in mind that these top sellers were once uploaded onto a market where they could gain traction from having zero sales in the first place. Without initial exposure, no sales, so no new top sellers, which will lead to fewer uploads, more authors throwing in their towels, and in some time (a year?) buyers will wonder why there are no new good items, maybe migrate to competing sites, things turn sour, back to square one.

Also, giving lots of exposure to “Trending” items is a bit vague IMO - while I like the general idea of giving “growing” items a boost, it’s still quite unclear how the incentive structure will play out to the advantage of new uploads. Again, simply not knowing what exactly to pursue, as an author, in order to succeed, is the main issue.

I truly hope I’m just overreacting, the “calm” side of my brain still understands it’s easy to go paranoid when left in the dark and supplies are cut off just like that, even if just for a few days. Oh well, I guess we’re left hanging by a thin thread for a while now, and in the meantime why not “experiment” with checking out other career options

Statistic for new tracks approved in last 24 hours (middle of the week). 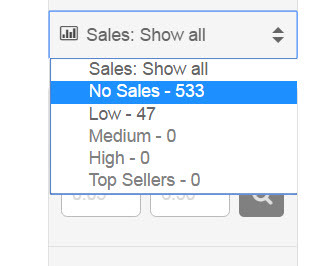 It’s worse than that.
Usually corporate tracks has 5-7 sales in one day and we could see that there’s around 30-40 items with 1-3 sales on the same day after approval.
Today there are only 12 tracks with sales and they all got 1 sale each
I think there is no need to talk about other categories.

…so now I understand why my low sales got lower

I thought it was something about me or Envato is going down.

so no worriez, they’re gathering infos for their this year improvement of website
now I’m ok

My thoughts are the same as yours! I hope the staff is reading your comment!

Also, giving lots of exposure to “Trending” items is a bit vague IMO - while I like the general idea of giving “growing” items a boost, it’s still quite unclear how the incentive structure will play out to the advantage of new uploads.

Already dropped 80% here and agree with you.

I got 20 sales in jan-feb month but in feb-march threre is 0 sales of my template ! Whats wrong with themeforest ? When their site customizing will come to an end ?

Dear Envanto Teams,
Honestly this is very detrimental to us. If you continue to implement this it will be very difficult to cut through new item for trending item or best seller. And there are many other bad consequences.
I hope you can consider your policy. Please do not imitate any other marketplace. We loved envanto currently.