Announcing the closure of ActiveDen

We have published the official announcement on our Inside Envato blog and will be taking questions here.

We’re also holding a Farewell ActiveDen event. Check it out

Many thanks again to all of our ActiveDen authors, buyers and affiliates for your support over the years!!

Wow, this is big!! Farewell FlashDen!!

Author of FlashFirebug here. @natman Could you kindly contact me via email or private messaging?

I guess we could’ve seen this one coming for a while, but it still feels like the end of an era!

Is there any intention to create a new marketplace? or is this how the marketplaces will look like when february 2016 comes? 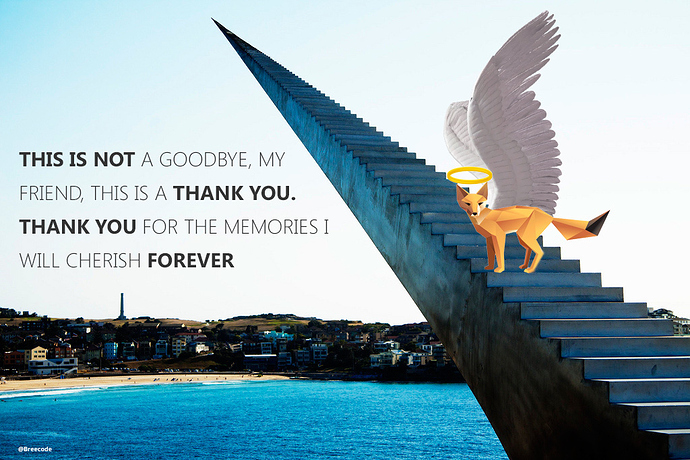 why would you do this? I really dislike a lot of recent envato changes:

why all this bad changes recently? i hope you didn’t get out-of-touch new management team

Like like somebody already mentioned, why dont you just transfer the files from activeden to some other marketplace, or close the marketplace for new uploads instead of removing it? I think many flash files, like games and holiday animations still sell in large quantities if nothing else.

Goodbye Activeden… But why you can’t move coderelated items from (for example Flash Games sources) to CodeCanyon? This is similar website (for example it have iOS Games, why it can’t have Flash games?).

Author of FlashFirebug here. @natman Could you kindly contact me via email or private messaging?

Like like somebody already mentioned, why dont you just transfer the files from activeden to some other marketplace, or close the marketplace for new uploads instead of removing it? I think many flash files, like games and holiday animations still sell in large quantities if nothing else.

We reviewed a range of options but after careful consideration decided a phased closure with a good amount notice and time to prepare was in the best interests of the community and Market overall.

It is very sad because I had found a new interest in making Flash Animation and I
Still used in many flash projects Today, flash games and animated still retained their own fans.
I think this decision is wrong
Since the closure of the flash market and other websites have decided to open new markets will flash. People who for many years were you to lose.

I can only say Good Bye ActiveDen

Goodbye FlashDen! I will always remember the fun I had competing with DigitalScience (as bobocel) for #1.

Now that JavaScript can do everything Flash used to, I think it’s a great decision. It helps the industry move forward.

haha was good times! I remember working day and night trying to keep up with infamous bobocel

Really, why do you have to do this?
What makes you think that a user doesn’t need the $5 they are making each month from activeDen anymore? Yes, I really mean the importance of $5 each MONTH, it’s not a misspelling…
$5 in a month matters much in some countries, and now you’re cutting it from your users.

Does ActiveDen a hunchback that big on your back?

What have you been up to?

@natman
Do envato have plans to transfer some categories to codecanyon? Unity 3D and flash games maybe.

I don’t know pretty much anything about Flash but it is always sad to see when things are taken away from the people that believed in them all along. I feel for you, guys

God bye!!! I guess there are people who will be really frustrated for this. I can understand the idea of transferring all items to an existing market place. that would be fair.
Just imagine If videohive was the one being closed. Holy Cow!!!