A good time to start?

Hi guys, I’ve started releasing songs on Audiojungle a couple of days ago as an exclusive author.

Now after reading a bit here in the forum and also seeing that Envato seems to be pushing Elements quite heavily, I wonder whether it’s worth to continue?

I already opted out of exclusivity a couple of minutes ago and might also try out other sites once the exclusivity doesn’t apply anymore.

But what do you think: does aj have a future?

I invest quite a lot in my music production and obviously would like to see a return at one point. But from what I read here, it sounds like audiojungle is dead? And unless you sell for 5$, it’s not gonna work?

Looking forward to hearing your thoughts

I think It is worth it but harder than before, although I’ve only been active here for two years. There are still clients buying single licenses and even bigger ones. My advice would be to try to stand out by creating niche tracks, value your work accordingly and be consistent in both quality and quantity.

Well, it depends on your expectations, I guess. A few years ago, with a much smaller portfolio, AJ was by far my main income, now it’s small but still decent bonus. 5 times below what I made in 2019 to be precise, and getting worse every month. I’m an exclusive author though, so maybe a non-exclusive could give you a different opinion. Also, I don’t use social media at all. After the introduction of Elements and the promotion of price dumping everywhere, I had to focus on freelancing and don’t have the time for that anymore. You know, to buy food and all that.

Thanks for your answers.

@CWMusic you aren’t an exclusive author, right? Are you on other platforms too? And if so: are they better in terms of income generated? If not: why aren’t you exclusive?

@WormwoodMusic I see the exclusive badge on your profile. Will you keep it like that? Or are you planning to open up for other providers too?

Ideally I’d like to build up an income stream that grows over time and will stay there (and be my pension at one point in the future as I don’t have another one). But even when accessing my profile from the iPhone, I see a small banner at the bottom asking me to sign up for Elements cause it’s all much cheaper there.

So I’m not sure whether I should continue publishing here exclusively or just make use of other big competitors instead.

I’ll probably continue publishing tracks here… have removed the exclusivity and I think after 30 days it becomes effective and then I’ll add them to other sites too.

Honestly, I have my doubts, that it is actually the right time to start with building an income from the stock music sales.

I would say, create unique music but usable music, sell non exclusively, or if you can maintain 2 accounts, then one exclusive and one non exclusive. AJ market goes down for few months in a year but other markets definitely fill those gaps up. So non exclusive in my opinion is a better deal these days for a consistent income. My AJ sales have been the same since the start of 2020, when I joined AJ, it’s definitely not that much that I can run my life with it but it gets better when I combine it with other libraries. Also, keeping the price high (fair) has worked out better for me. The market is definitely not dead but it’s not as well paying as it was before.

Well, since the former CEO himself said he was surprised to see there were still sales being made on the marketplaces, you are free to make your own deduction about which way this is going.

Envato treats AJ as a doormat for Elements. Nothing more.

Thanks for all your input guys. So it looks like since Elements sales have dropped for most of you here. And the sales based / marketplace model with Envato appears to be over sooner or later…

I see all three of you are exclusively contributing to AJ. But wouldn’t it make sense to be on all the other platforms too then?

I mean: exclusivity is a nice thing to grant if you get something in return. For example: a huge base of users that willingly buy. So you exchange your right to be “on the open market” for a “safer income”.

But if more and more platforms pop up and Audiojungle offers everybody unlimited access to all sorts of music … well actually access to the songs of the most successful composers from AJ … and that for 16.50 USD/m (which is indeed a great offer!), then I don’t see why exclusivity makes sense…

Like: not being the white-label corn flakes in only one shop, but becoming a cornflakes brand that is available in all shops …

Or are you planning to open up for other providers too?

Yes, going non-exclusive is definitely one of the options. Thing is that it would cut out more than 50% of my current income here (which is one of Envato’s goals) and I’m not so sure I could even that out with other platforms as they’re all leaning into subscriptions models. As @PurpleFog mentioned, AJ is now kept open mainly as the customers slide into Elements. Even the site layout looks almost intentionally horrendous.

Anyway, as you say, I’m not keeping 250 tracks gathering dust here, so eventually yes, I’d start publishing them elsewhere. As far as I heard, things are not going much better in other sites, not even in Elements.

We musicians did a great job devaluing our craft. Sorry, wish I could give you a more motivating input. 24 months ago I would have.

But then again, if you do have the time and trust your music, it won’t hurt to try.

But wouldn’t it make sense to be on all the other platforms too then?

First, there are many new platforms on the market, but not all of them accept new authors. The most of the platforms refuse them.
Second, don’t underestimate the effort to maintain multiple platforms. An initial upload of 100 or 200 tracks to another platform, with all the needed descriptions and tagging is very time consuming.

As far as I heard, things are not going much better in other sites, not even in Elements.

This is the main thing. Even worse than at AJ.

p.s.
WormwoodMusic, I think this track is clearly underestimated:

It is a Trap

Thx, @zigro !!! I actually started to compose it for a project that was cancelled so I thought, well, let’s finish it and see how it performs in the Jungle… 0 sales. Grrrrrreat! Hahahaha!

You never know, one day it collects a 10M license…

In any case, I am certainly not wearing my exclusive badge with pride.

I think it’s still interesting to start something here on AJ.
As it’s already previously said I will depend on your expectation.
If you only want to rely on AJ, this won’t be enough if you are looking for making a living with stock. And even as non exclusive author.

BUT, there’s still some money to make, as non exclusive especially. It’s a long work, a steady work, on a long run.

All site can bring a reasonable income at the end of the month. It’s also depend on you skills etc, you will have to provide varied stuff, work on the music you nail, but also learn and dig into some other genre. Even the one which are already saturated because you never know. You also will have to advertise your work on social media etc. It’s time consuming. Even for side income !

Yes some site are closed to author, but they will ask you a catalog before (that’s all for many of them, in a stock world) to be able to join them, so in any case, if it’s your aim, you should start to provide music where you can, it will help you to join some other platform and increase your luck to sell, and then to have a better income at the end.
You don’t join one site for the money, you join the site where you have the possibility and the opportunity to go. And then you open some other door, step by step. (Don’t wait for Envato elements, it’s lock for ever)

And this is where the big difference is, the market is different from it was before, it’s more harder, but there’s still some solution, it’s just a different point of view and approach to have with the stock world and work. (In my opinion)

To conclude don’t look at top sellers trend and number of sales, it won’t happen, but it not means there’s no future, no earning and things like that

Good luck (because it’s hard and you will need some of it !)

I don’t think exclusivity has to be quite a black or white, all or nothing situation. Different platforms have different strengths and weaknesses for certain genres and customer types and I think it is a real benefit to try and have an author presence in as many places as you can. Exclusivity, in most cases, is on a track by track basis and I think it’s a good idea to assess each track individually and put them where you think they are most likely to perform the best. If you have a killer track that’s sold once in a year, perhaps there are better options out there for it. But another track that is a regular seller on AJ would benefit more from the higher percentage cut for being exclusive. Don’t forget that you can have two accounts at AJ.

I don’t think that the extra work involved in maintaining multiple platforms is all that significant really. Uploading to different sites is just an extra ten or fifteen minutes worth of admin that you do when you finish a track, and AJ has the most long-winded upload process of all the platforms that I have experienced. For most, it’s just a case of uploading a zip and copy-pasting tags and a description. A lot of other places do the watermarking for you. I suppose if you are thinking of migrating two hundred-odd tracks, then, yes. I wouldn’t wish that amount of mind-numbing form-filling on anyone.
Regarding extra promotional work, I’d say that promoting other platforms means that you aren’t driving more customers into the black hole of Elements via the banner. Worth some consideration I guess.

@PurpleBearMusic This is an important things to do in most of case, so you should take this great advice in consideration when you will start to promote !

I suggest to use a linktree to make it more clear for your customer. Mine is only about DONP 5 and AJ. but DONP5 in first for example. Which can also be good to link to your soundcloud, Youtube, tweeter etc etc 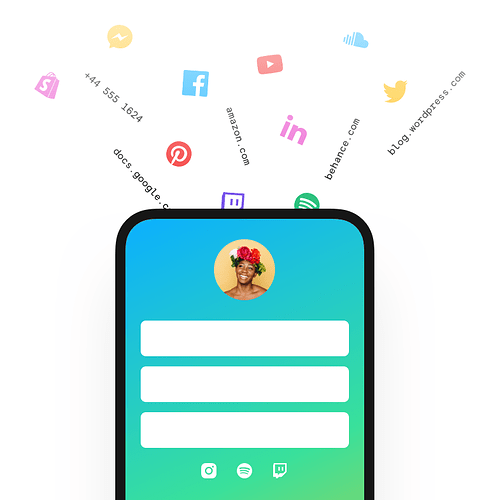 Linktree | The Only Link You'll Ever Need

But what do you think: does aj have a future?

Thanks again for all your input guys.

I’ve added this to all my items and profile:

Not on Envato Elements

Please note: This song is not available on Envato Elements . And it will never be!
$16.50 for unlimited downloads, just won’t cut it for creative people.

Please support quality music and pay per license . We’ve spent money on decades of learning our craft. Thousands on instruments, musicians, and production equipment. And days, weeks, and months on producing the songs on here.
One license starts from a price that resembles the approximate cost of a (cheap) hair cut. Thank you in advance.