Frustrated that I not know why they reject this 2.
They aren’t so bad? 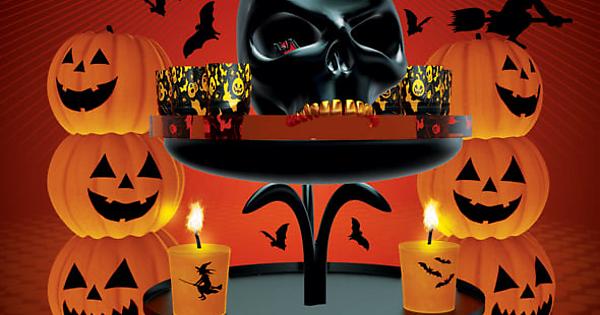 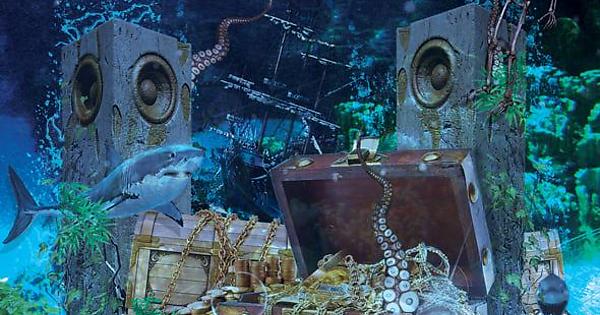 hi buddy , well there is much to say about these ones, the first one is that they are definitely unique. Now, that does not really mean items are sort of really “fitting the market” all the same. I think that , for instance, for the halloween one, u are definitely “breaking too much the standards” and that may lead u not to not really fit the use that most of people turn out to have for halloween , which may also appear to the reviewer as having to deal with a flyer with very little commercial potential … However, despite i tell u how i feel, when it comes to selling , no-one never knows … but u ave to keep in mind that commercial potential may be taken into account here and that it may be felt that the concerned item will not reach a decent enough target so to speak. Now let’s get into more technical ind of considerations if u wish.

1- shadowing
there are a good deal of mistakes when it comes to shadowing , one of the very good examples is the shadowing on the ground that seems to disconnected with the different elements of the composition. Indeed, u should have 3 different types of shadows intertwining and this is not what u have. To be honest this is to have a very complete and efficient shadowing, but this could make it without such a perfect lighting. Actually, the problem is that , at this stage , the shadowing is not even accurate with the most direct one produced by the objects themselves. It looks like that the title and pumpkins are intertwining and looks pretty much surrealistic if u ask me, not to mention that if so, u still have left to create the shadow generated by the table which is the central element in what u have done here (i would like to emphasize also that on each level of the concerned table, there should be a new shadow generated by the upper level, what is missing at this stage).

2- Besides, to tell u exactly how i feel i am not sure that this idea of having the table in the middle of the flyer like this is a very interesting idea and concept in the first place. This is what i tried to explain at the very beginning by the way.

3- coherence matters
the other thing that i see and that is a bit disturbing to me is the fact that the black skulls seems to be hanging in the air without there is anything to hang it. Same goes a bit with the candles right next to it by the way.

4- background
For me the background is also quite simple, definitely a bit too simple for my taste and i guess that most of the people would identify it the same way indeed. Do not get wrong i do not mean that what u have here is not interesting but this should be completed with other things to bring more graphic design to the table, in my opinion.

5- header and main title
The sentence “saturday …31” looks distorted horizontally , i think that the text would look more credible and better looking without it. There is globally a lack of depth at the moment behind the central title and if u could introduce somehow some way more depth the title would be offering more relief, would pop out more and be more outstanding

6- typo
for me the major problem the there is here is a lack of finesse, all texts looks super big and there would be more refinement if u were decreasing most of the text , maybe apart form the “haunted” word, pls se point 7 for the rest of the issues related to it

7- strange titling
honestly , i think that one of the issues right now is that your work does not look exploitable as such , and one of the main reasons for this is that the word “haunted” alone makes very little sense … u may say “haunted mansion” , “halloween party” o whatever to replace "haunted night what u like. But one of the issues that i pointed out is bringing additional trouble to the table, as most of the texts are pretty bit and take very much space on the canvas , u are leaving absolutely no space to introduce the additional mentions that i evoked above, then how to do for the user / buyer? the thing that u have to offer has to be practical indeed. Finally for this part this is a bit odd for me to put “haunted” and not to have anything like a castle, mansion or whatever in the back so the title looks more connected with the theme and visual part in the end.

9- lack of breathing
the problem with what u have at the moment in the footer , this is that this is prevented both the composition and the texts in the footer to have the appropriate breathing and impact that they would deserve

10- positioning of elements and global organization
indeed, the thing for me is that u have a central axis being quite crammed but in which u have "some holes and this is also the same when it comes to sideways, there are parts which are much more empty and that end up introducing some misbalance to the table

now let’s deal with the sea one

1- global style
indeed if the creation is rather cool , as the initial idea, as for me i tend to believe that this is rather very hard to be applicable to a club party … i tend to regard that u should turn this item into something else than a club party flyer template

2- context and titling
for me it would have been much better to give this flyer a title like “the lost treasure” of something like this , as pirated are no where to be seen and apart for being evoked through a treasure , i think that the little details evoking pirates are being cornered and not very visible unless u have a look at the flyer for a good while …

3- texture
in my opinion, there is a improvement to bring as far as the background of the sea goes, it does not look super realistic to have this rather plain white color under front elements , there should more details like the relief from the sand or something, whatever that turns the scene into something more credible

4- shadowing
i believe that there is much improvement to bring to the shaping of this one, especially aunder the front elements , but also behind some of the elements , on top of the elements that the concerned elements are crossing indeed. There is doging and burning here and there to do

5- composition
there are definitely a lot of elements , i rather like this as this is my natural style lol but in this context , to be honest , this is a little too crammed all the same in my viewpoint and the compact and dense aspect of the composition, here, prevents u from bringing a bit more depth and relief to the table

6- hierarchy
this is globally not bad about it , though , to be accurate , right now, the subtitle is more outstanding and more readable than the main title and i guess u can identify that this is not really what is expected in a way , this should be the other way around. This is due to the choice of colors and effects, so nothing difficult to fix to say the least

7- typo
for me there is a slight lack of impact here , certainly due to the fonts u have chosen , i mean for the main texts. As far as the rest is concerned, i find the font used fir the title completely disconnected from the rest of the flyer , using a modern and super bold font like this right next to a very classical style font as what seems to be imperator or trajan fonts is bringing some disonnance , according to me

Oke, i will improve the haunted one and the pirates not. This one is top difficult to get to aproved. Thnx for the feedback.